Newstead Abbey was originally an Augustinian Priory c.1163-1539. In 1540 John Byron bought the Abbey and surrounding estate for a total of £810.  The ancestral home was eventually handed down to the 6th Lord George Gordon Byron c.1789-1817.  The famous English Poet, Peer and Politician who became a revolutionary in Greek War of Independence and is considered to be one of the historical leading figures of the romantic movement.

In 1860 the Webb’s came to the Abbey where they redesigned and rebuilt parts of the building and grounds, creating newly inspired gardens from around the world including a Fernery, Rock Garden and Spanish Garden.  In 1896 the Spanish Garden was designed by the eldest sister Geraldine Webb, the garden had a vast layout of geometric flower beds, each surrounded by clipped Buxus Parterre.  The garden was enclosed by a 5-6ft Yew hedge on both sides of the labyrinth of Buxus Parterre with beautifully stone carved balustrade and ball finials.

The Well Head in the centre of the garden is a key feature and was said to have been brought over from Spain.  Research tells us the original site of the Spanish Garden, prior to 1896, was in fact a monastic burial ground and skeletons were found during the creation of the garden. 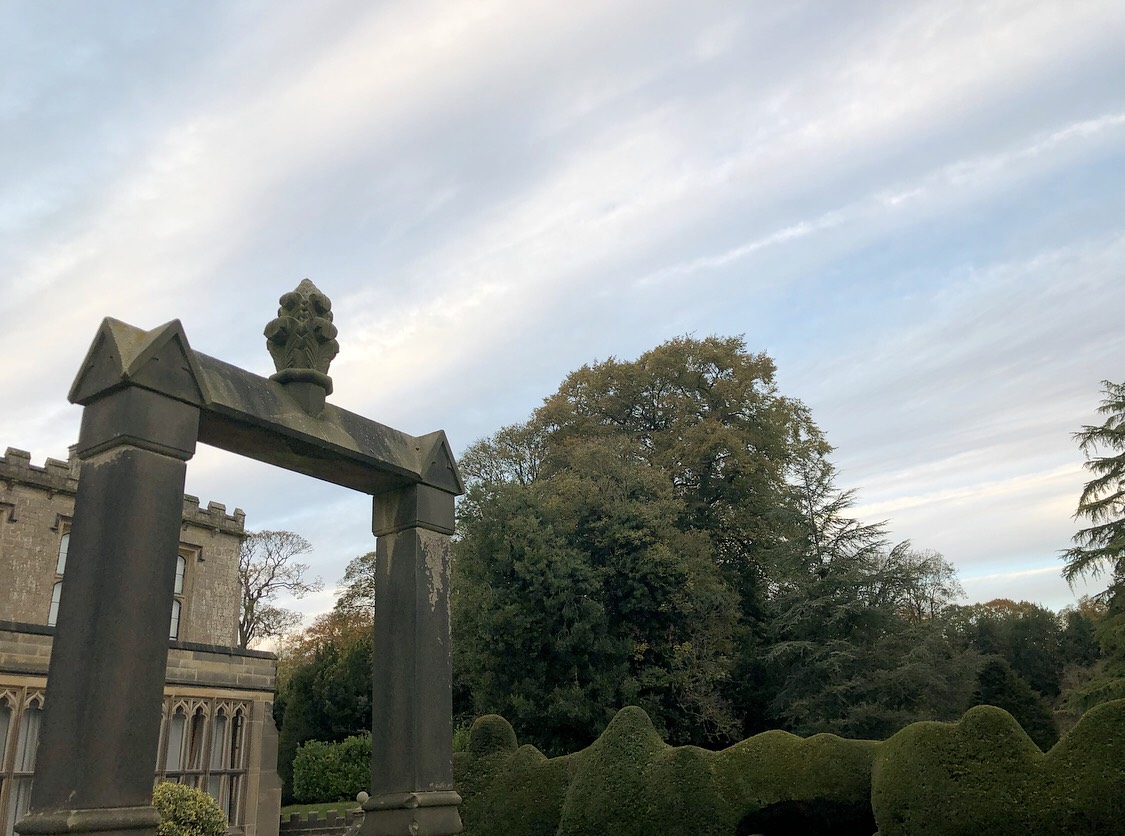 The Well Head brought over from Spain, with the Yew to the right 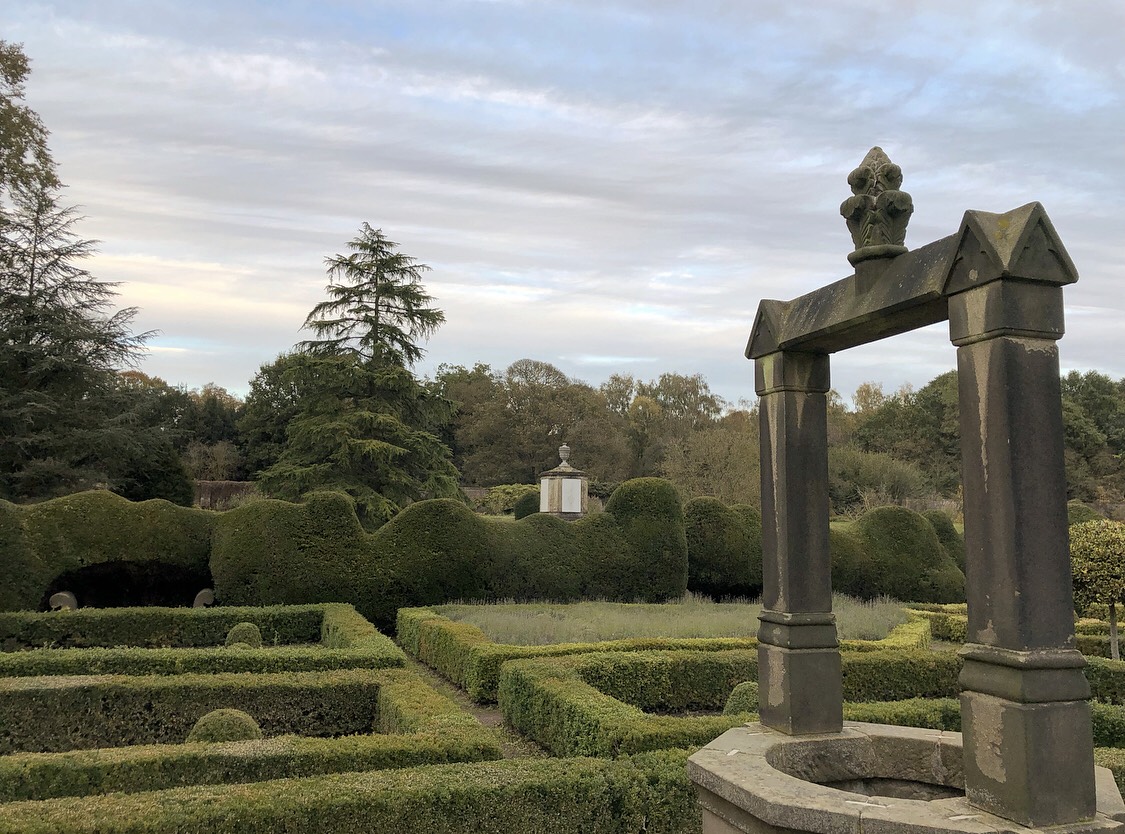 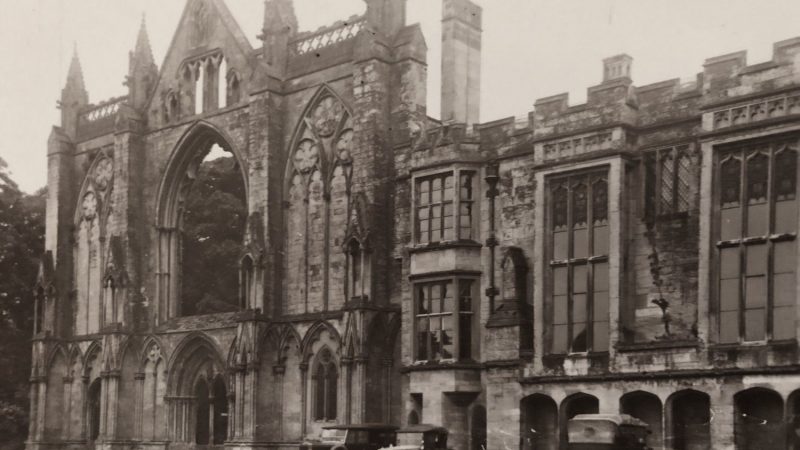 The only remains of the former Priory (The West Front) 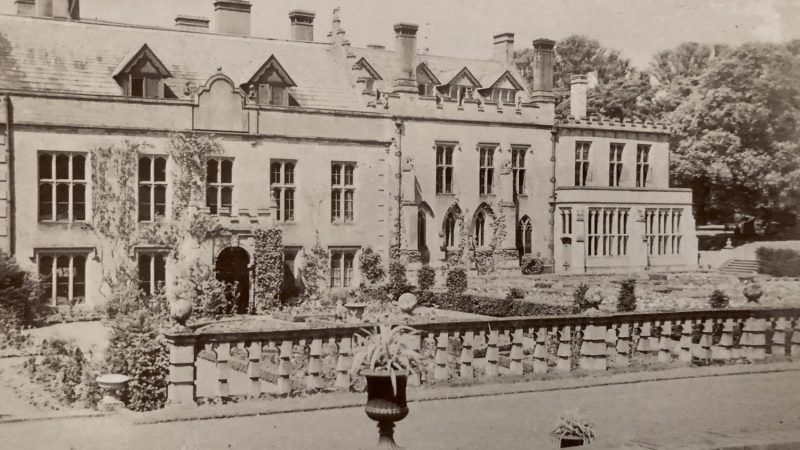 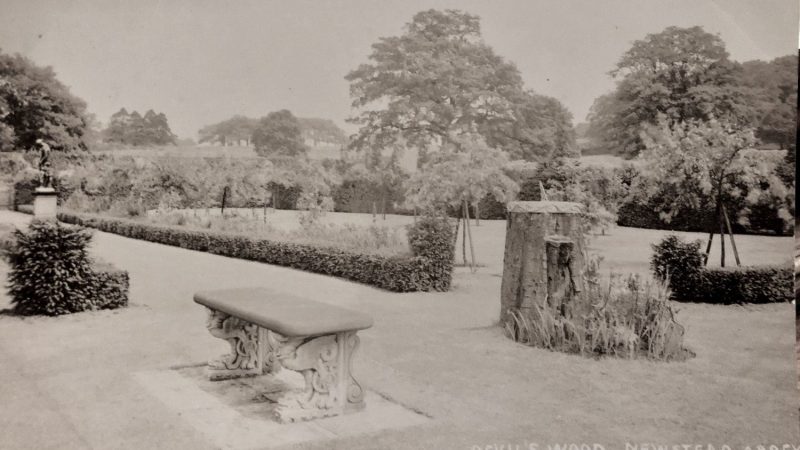 A similar stone seat in Devils Wood, near to the Spanish

I’ve been a full time Gardener at Newstead Abbey since 2017 specialising mostly in restoring the many parterres, hedges and unique topiary pieces, as well as everyday garden maintenance and working with a lovely team of Garden Volunteers.  My work has taken me all around the fourteen gardens here at the Abbey, maintaining and improving the beautiful historic grounds.  This season my work has included reshaping forty unusual pear-shaped Yews into the original cone topiary in the Large Walled Garden. 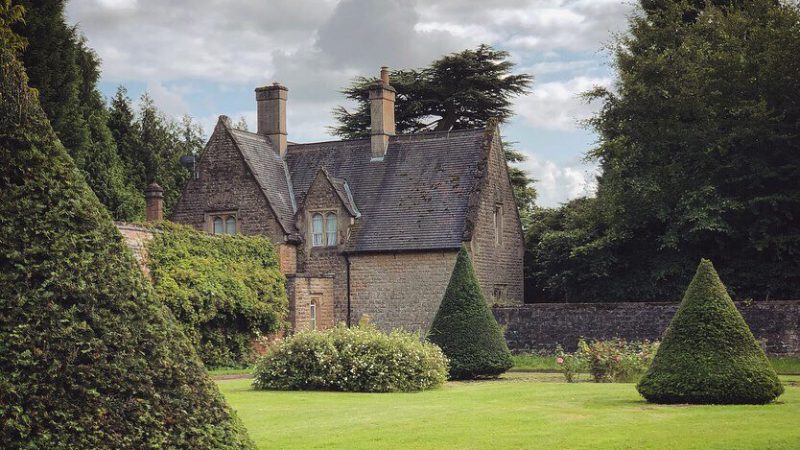 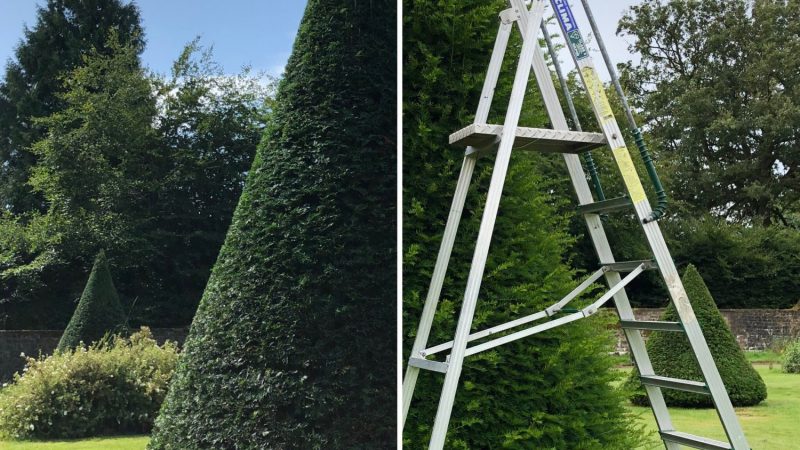 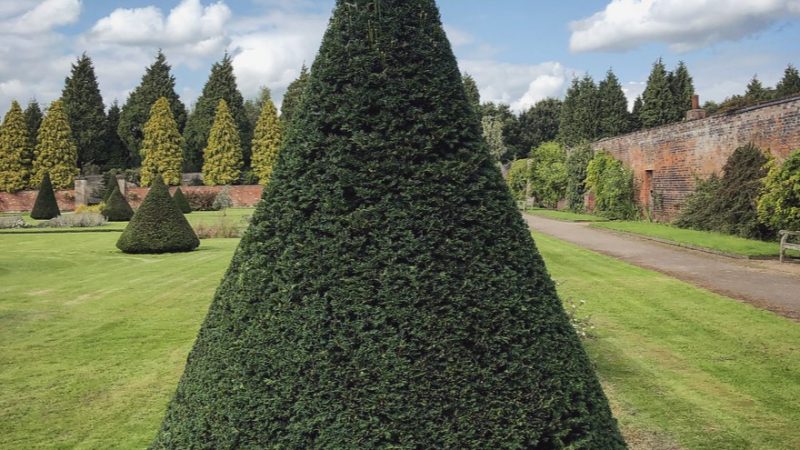 A cone topiary in the Large Walled Garden 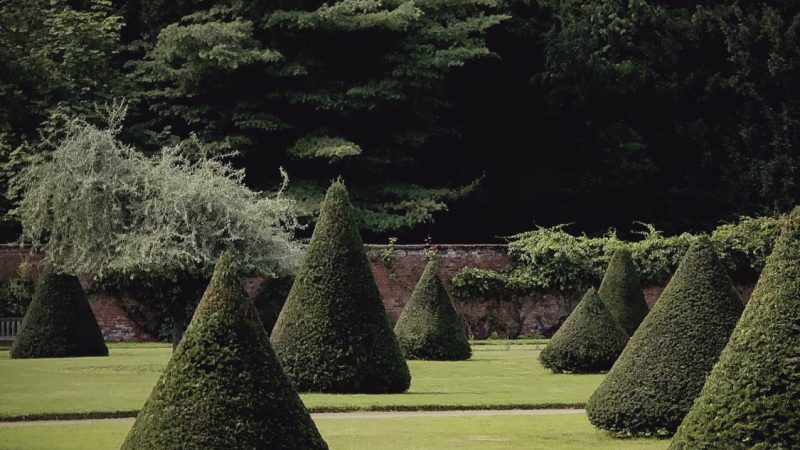 Recently an area that has needed attention is Geraldine Webb’s Spanish Garden, with a now unusual free form of Yew hedges 10-12ft in height and 30 metres in length.

A panoramic of the whole Yew from in the Spanish Garden

Initially daunted by the scale, I took inspiration from the unique cloud topiary hedge of the iconic Montacute House.  Using a range of tools, such as Stihl battery powered long reach hedge trimmers, hand shears and loppers.  Finer details were carried out with my trusty Felco 2 secateurs.  As the impressive Yew hedge began to take shape, I was able to rediscover two beautiful and ornate carved stone seats hidden deep within.  I very much enjoyed the challenge of clearing the area and reshaping the Yew revealing the late 19th Century stone seats. 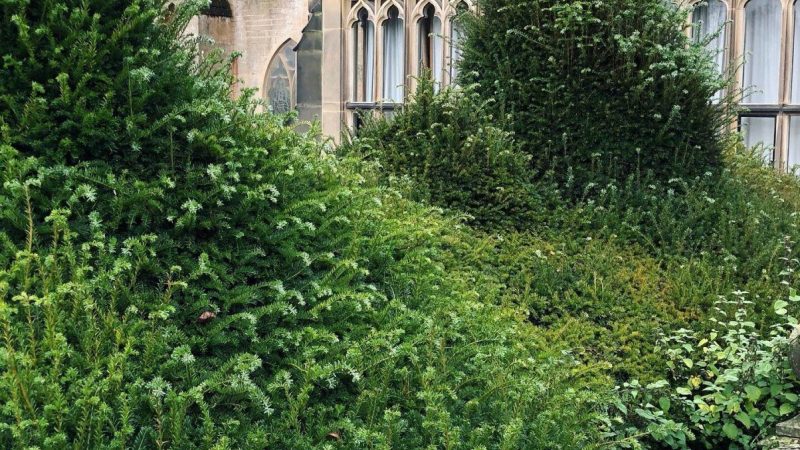 Part of the Yew in need of TLC 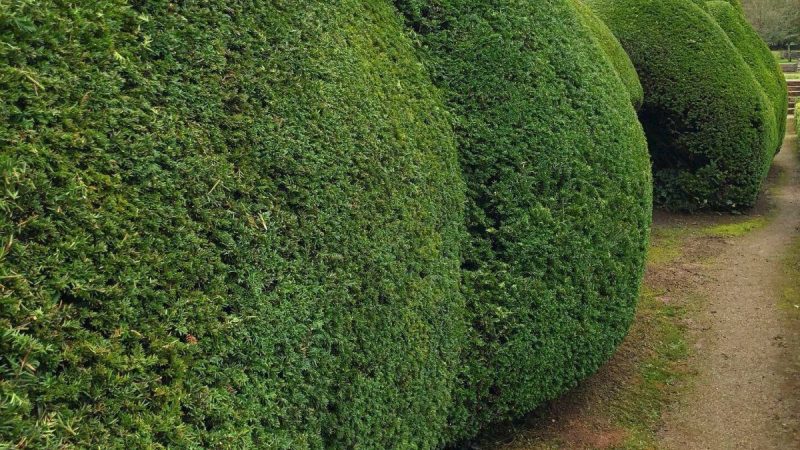 The tallest of areas of the Yew 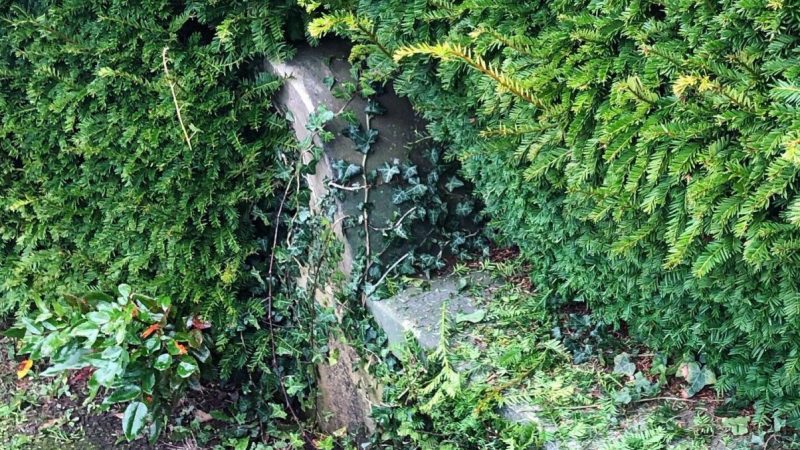 A before photo of the Yew & stone seat 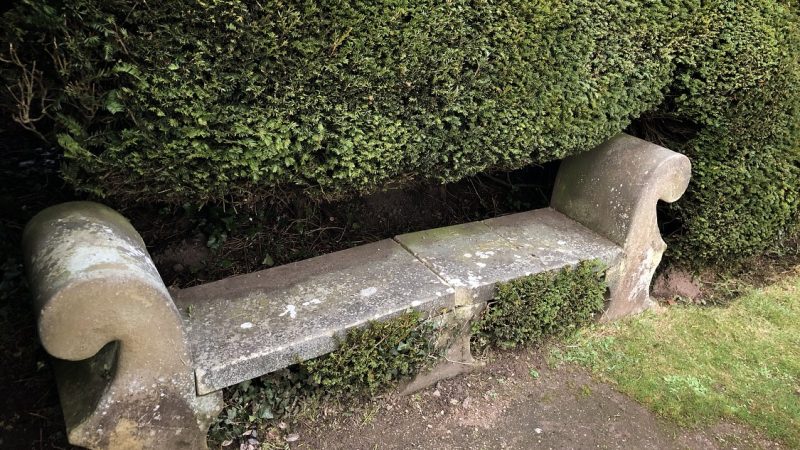 An after photo once completed 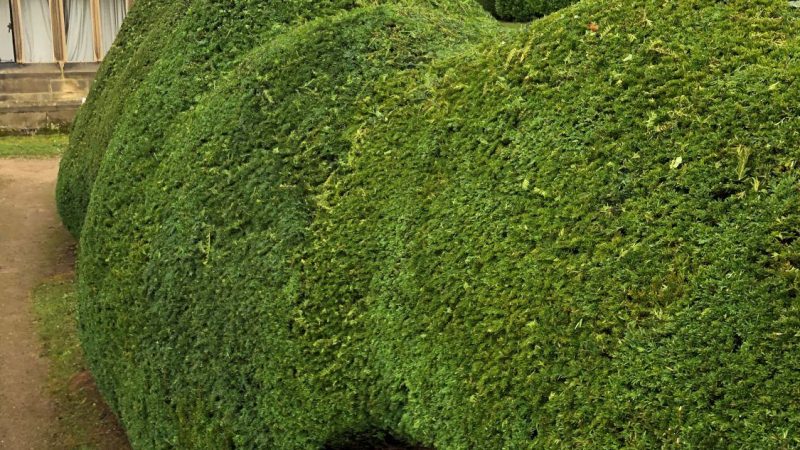 The second stone bench is revealed

As a keen collector of Newstead Abbey history, I was well aware of similar detailed carved stone seats in nearby gardens, each one different to the next.  Once finished, the Yew hedge reclipped and reshaped is now a unique feature of the Spanish Garden. 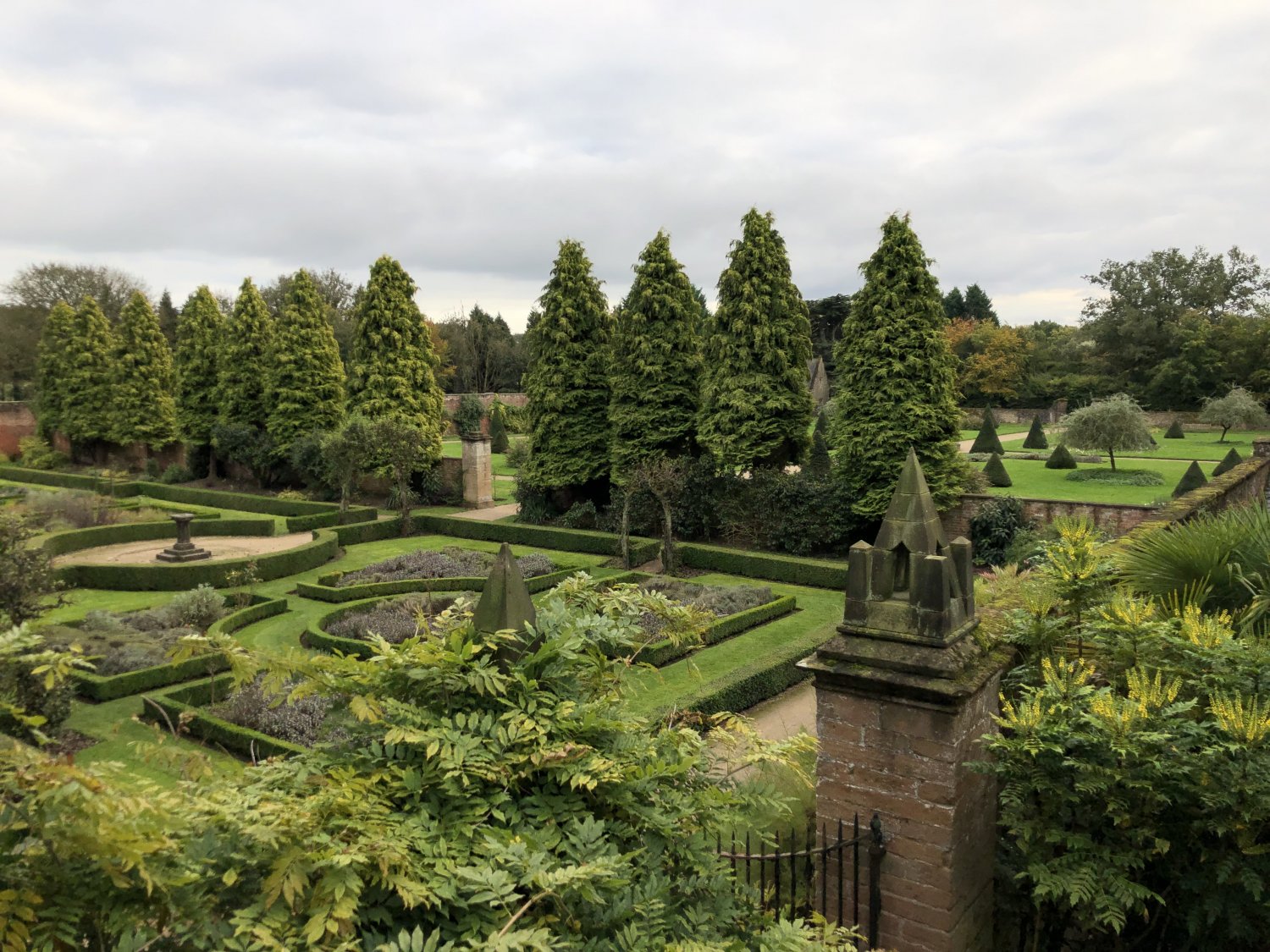 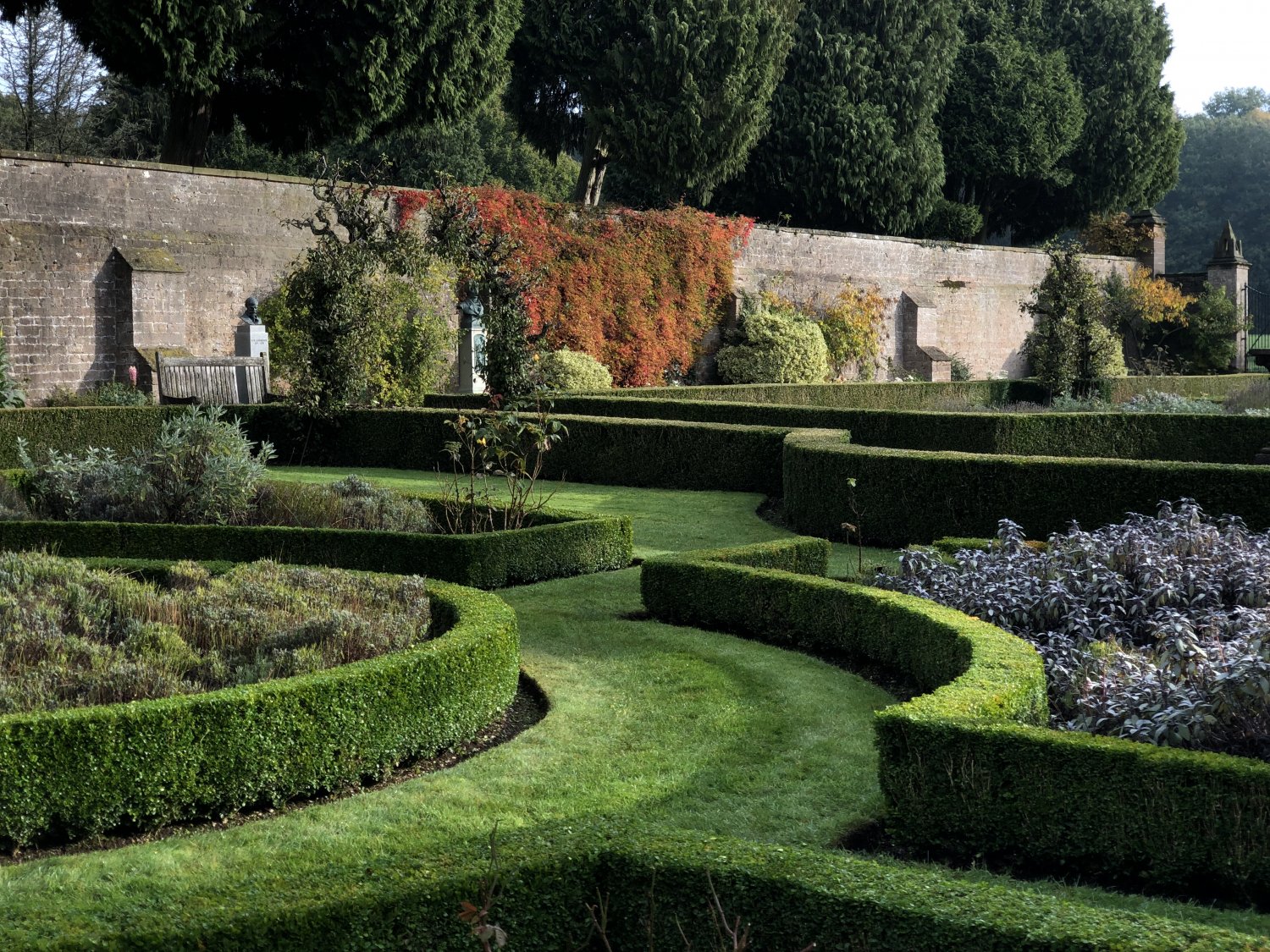