Regrowth in the South of France

With so many stories of box moth and its caterpillars causing havoc with peoples gardens it’s good to get updates that show things can and do get better surprisingly quickly.  A couple of weeks ago we reported on Andy’s experience in the South of France and he has kindly sent details of what he has done to tackle the problem along with updated pictures.

18th + 19th August – I removed all the detritus with a power hose.  I chose this method because it was going to take too long to remove by hand and it was a way of bulk watering the hedges, as the ground was very dry from the hot summer. This revealed a very small amount of new growth on the branches.

So I must say a big thank you for your advice on treating the devastating effects of the Cydalima perspectalis moth.  I am delighted and very encouraged to see all the new growth.

I still plan to use the Grow feed for the soil but this the product has been held up in transit.  I also plan to buy the traps. 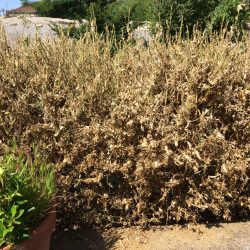 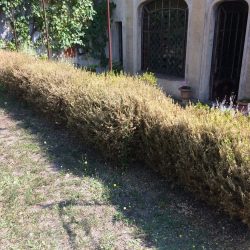 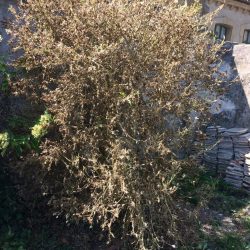 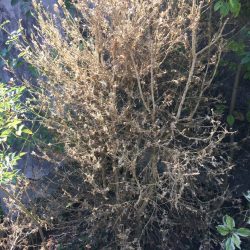 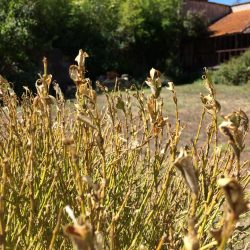 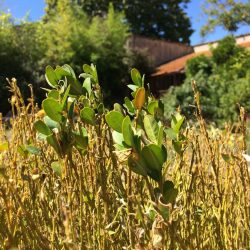 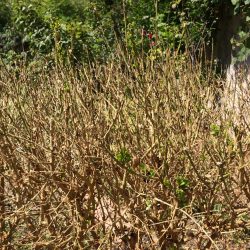 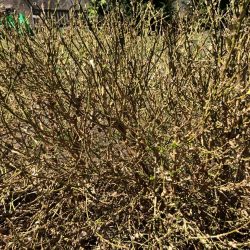 However, I am little concerned that some of the new leaves are being attacked.  Have a look at photos.  The leaves appear to have gone brown all over, while others appear to have been eaten.  Are these both signs of the effects of the moth? I have looked very closely at the hedges but have never seen a caterpillar…

…Also, I have removed many snails that climb up the hedges. Do they cause damage?

Since we have been in communication, I have discovered that many people have experienced devastation of their box hedges in this area of France.  Some people have said to me it’s all over France.  It certainly was amazing how quickly my hedges were ravaged. 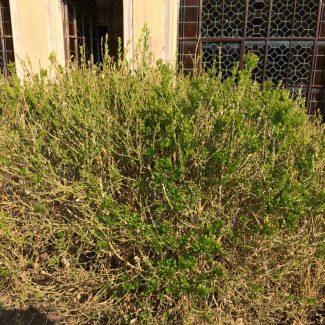 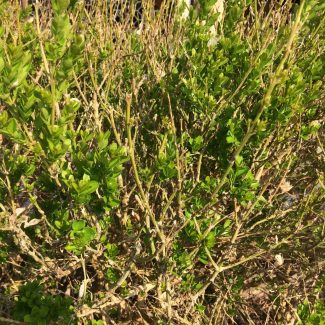 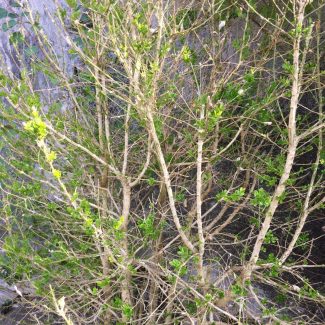 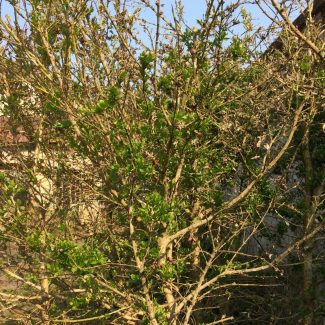 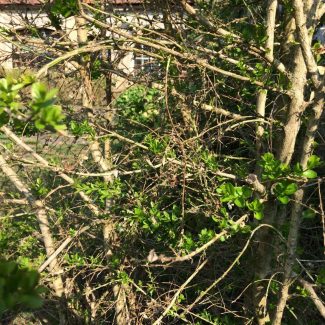 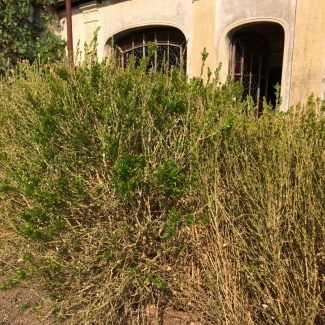 The browning of the leaves Andy has seen could be the effects of opportunistic blight getting into the damaged leaves, but for the moment, given he has sprayed with Topbuxus Health Mix, he should wait and see how the new growth does.  We’ve also advised that he sprays again to give the plants an extra boost before they overwinter ready for the fresh growth in spring.

As for the eaten leaves, it is difficult to see clearly from the photographs but it could be that there is leaf miner (a small parasite that grows inside the leaves and causes them to go brown, bubble on the underside of the leaf & then de-laminate) or it could just be residual leaves eaten by the caterpillars.

Whilst having seen snails on my own box, I have not noticed any damage caused by them, but let us know if you have experienced problems with snails and how you dealt with them.

Thanks again to Andy for keeping us up to date with how things are progress, particularly as it again proves that although the effects of the moth look devastating, the bushes will grow back, particularly if you clean & feed them.  It is also important to get the pheromone traps installed as this will reduce the male moth population and also indicate that it’s time for greater vigilance on the caterpillar watch.

EBTS UK is going to instigate an Box Moth early warning system in 2018 so that we can alert people to moth activity in their area.  Details will be released later in the year and we will be looking for volunteers to act as moth and caterpillar detectors.

All Photos courtesy of Andy Attenburrow.

US restricts Buxus from Canada