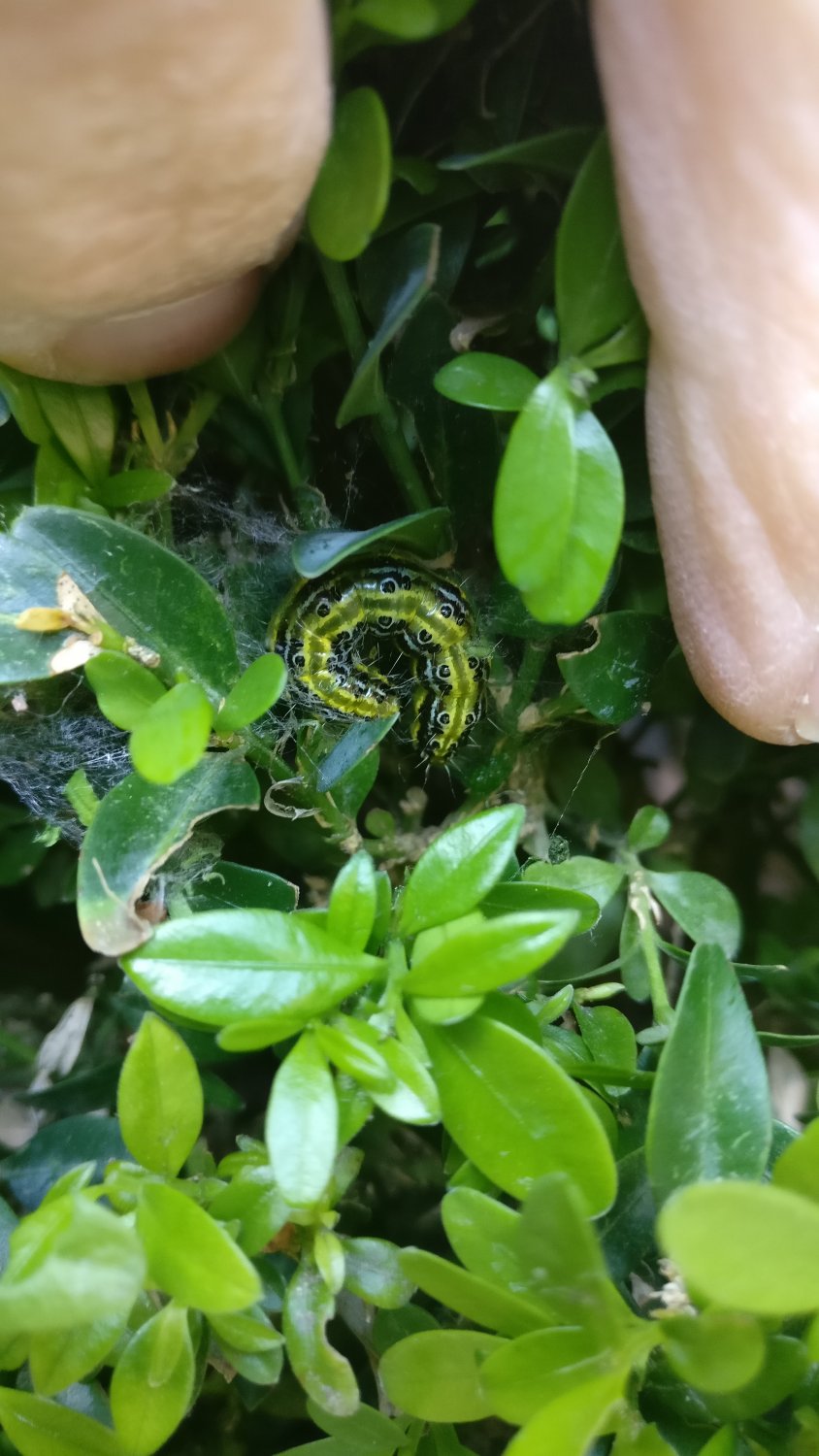 The infestation of caterpillars that had overwintered and woken up very hungry is now dying down and being replaced by the first wave of moths.  The EBTS UK Box Moth & Caterpillar Tracker has logged over 200 markers of traps, caterpillars & moths.  The markers for caterpillars have shown up as far east as Frinton on Sea, more northerly in Cambridge, verging on the Chiltern\’s & closing in around the National Buxus Collection in Rake in the South Down.  The sightings & capture of moths are now appearing on the map, one as far south as Chichester.

It is therefore imperative that as many people as possible put out traps to catch the male moths to reduce the number of fertilsed eggs that are laid.

In the coming weeks be vigilant & ready to spray when the next phase of caterpillars appear. 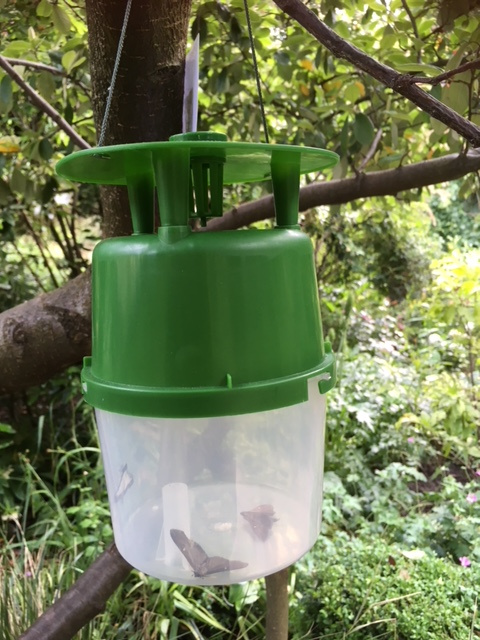 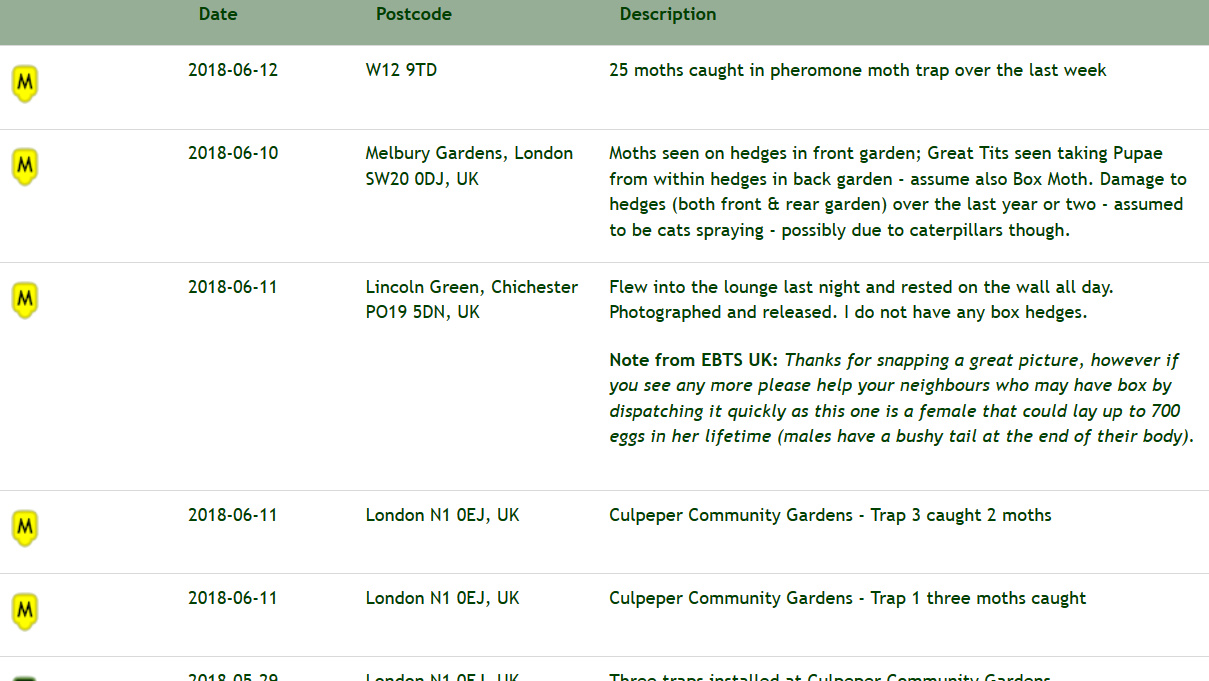