EBTS UK book on the History of Topiary, Knots and Parterres to be published next year

EBTS UK is helping to fund the production of a book on ‘The History of Topiary, Knots and Parterres’ and it’s being written by our very own Topiarius magazine editor Caroline Foley.  At the last council meeting she bought along drafts of the first third of the book for us to have a look at.

Caroline Foley – with the aid of quotations from diarists, owners – traces the story of topiary, knots and parterres.

After a brief survey of Roman topiary, she moves on through the formal parterres of Renaissance Italy and the more elaborate broderies of the royal French gardens, (copied in palace gardens throughout Europe), the complicated conceits of the Tudors and the geometry of the Dutch school. She takes a wry look at the eighteenth century, when many fine formal gardens were scrapped in favour of the English landscape school, which, in fact, was no less artificial.  In the nineteenth century there was a revival of parterres filled with tender bedding plants. Green architecture returned with the Arts and Crafts movement, became unfashionable in the mid-twentieth century and has had a revival in the last decade or so in a more abstract and sculptural form, inspired somewhat by Japanese ‘cloud’ topiary.  Widening the story beyond the topiary of Europe and the west, she includes chapters on the ancient art of Japanese topiary, and on labyrinths and mazes from Minoa.

The second half of the book brings us up to date, taking a look at topiary as used by designers such as Jacques Wirtz, Piet Oudolf, Arne Maynard, Tom Stuart-Smith, Fernando Caruncho, as well as talented private garden owners.  Finally there is a projection into the future, with the potential for topiary in industrial settings and amenity horticulture and its influence on land art.

This highly visual subject is illustrated throughout with paintings, drawings and cartoons.  As we move into modern times, photographs take over.

Caroline is the author of ten books, including the best selling Allotment Handbook (New Holland, 2004) and The Natural Garden Handbook (New Holland, 2009). The most recent book, ‘Of Cabbages and Kings – the History of Allotments’ – really a social history of the labouring poor – was published by Frances Lincoln in October 2014.  Caroline has considerable knowledge and a great love of topiary.  She has been the editor of Topiarius, the pan-European journal of the European Boxwood and Topiary Society, for  ten years. 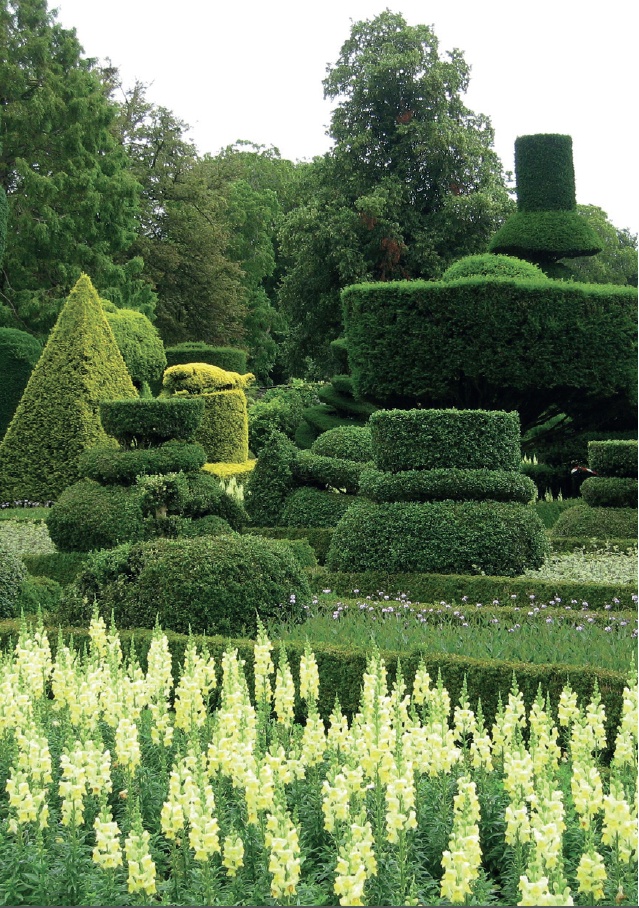 Some images from Topiary, Knots and Parterres by Caroline Foley. 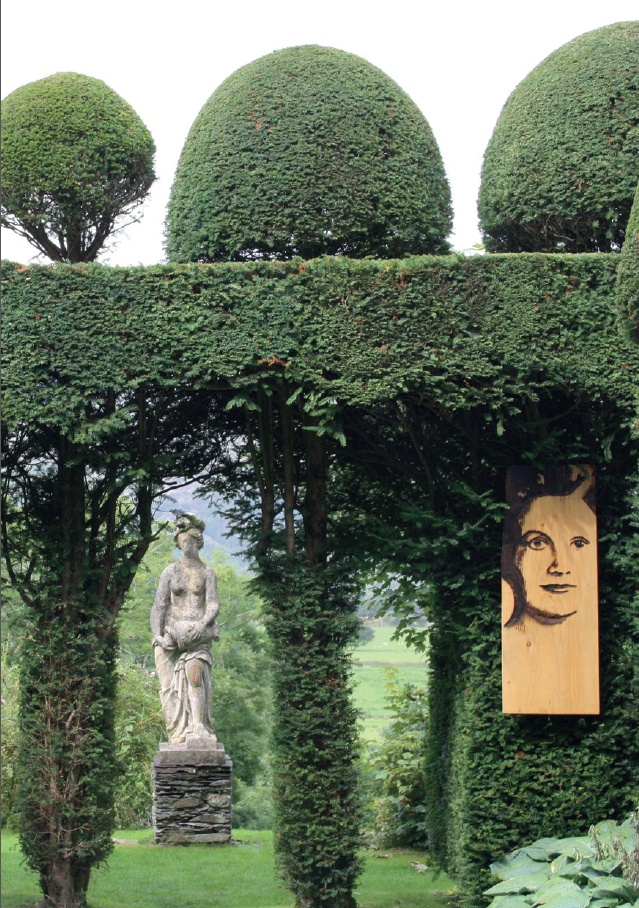 The Council members congratulated Caroline on the progress of what is going to be a great looking read.

The other good news is that EBTS members will be able to purchase the book at a special rate, details to be announced nearer the publication date.