The Importance of Ornamental Horticulture by Baroness Fookes

In the race for ‘Most Memorable Title’ the Group which I co-chair would lag miserably behind.  It sags beneath the weight of being the All Party Parliamentary Gardening & Horticulture Group!   In fact it is a lively and influential group which started out well over twenty years ago as a private gardening club for parliamentarians.  It subsequently transformed itself into the APPGHG as it became painfully transparent that horticulture was disregarded in government and parliamentary circles.  This was largely because it boasted no big battalions and was – and still is – composed of many diverse components.  Let me list some of them:  plant breeders, nurseries, garden centres, arboriculturalists, makers of garden machinery and tools, scientists, horticultural colleges, those employed in horticulture as a craft, parks and charities such as the Royal Horticulture Society.

As Chairman of the Parliamentary Group it has been one of my main missions to encourage them to come together to speak for horticulture to the Powers That Be.  I was delighted when the Ornamental Horticulture Round Table Group was formed which has the ear of Government especially the lead department, the Department of Environment, Food and Rural Affairs (DEFRA).

That Group recently commissioned research by a prestigious independent organisation, Oxford Economics, which produced staggering information about the enormous economic impact of ornamental horticulture.  Its publication happily coincided with a Report from my own Parliamentary Group looking at various aspects of horticulture with the challenges and opportunities presented by ‘Brexit’ in mind.  It was the most ambitious project the Group has undertaken set up in the style of a Select Committee – though without the resources and prestige a committee of that type can command.

I commend both Reports for reading in full and there are links to them below.  I can only give a flavour of the parliamentary Group’s report but let me say at the outset that we were fortunate to have written information and oral testimony from a number of experts in their respective fields.

I, for one, was impressed by the way horticulturists are trying to do the best job they can but there are a number of ways in which the Government could assist them and we made nine recommendations to that effect.  We plan to meet a Minister at DEFRA shortly to discuss them and press for their implementation.

One of the real threats to horticulture is the arrival of pests and diseases from beyond our shores.  (We have enough already here as those battling with box blight & box tree caterpillars in topiary will testify).

We feel that we should substitute home grown plants for imports as a way of lessening the threat and want the government to back a comprehensive plant health scheme.  Members of the public can help by not bringing back plants in their luggage after an overseas trip.  DEFRA has launched  a campaign called “Don’t Risk It”  to try and bring home the very real risk of the danger of importing  pests and diseases.  Too many  eager amateur gardeners fall into  the temptation of thinking their much-coveted and innocent looking plant could not possibly do any harm – but it can! 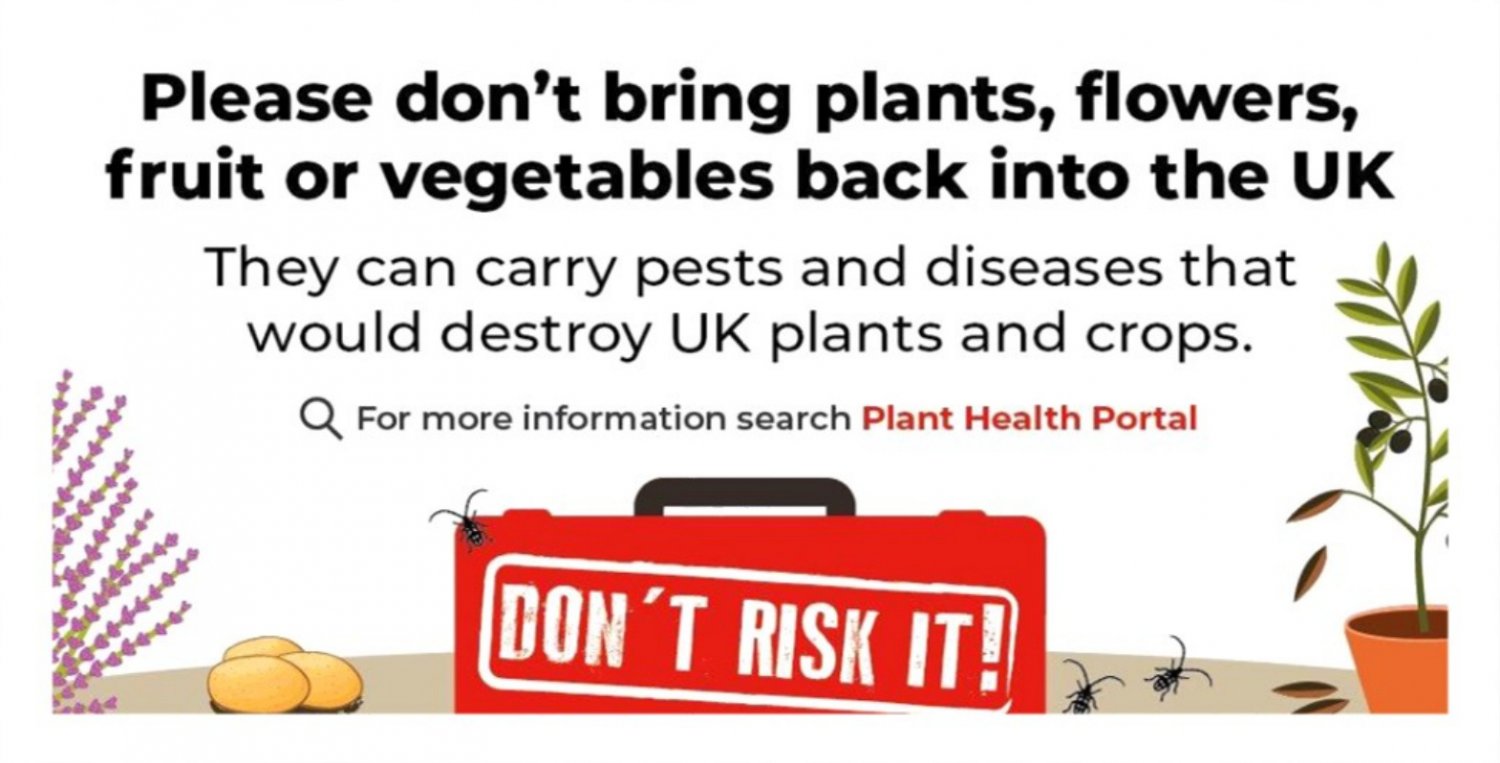 We are also anxious to encourage research and development as a means of countering the impact of pest diseases.  R. & D. is also an important tool in developing new ways of practising horticulture – the greater use of mechanical ways of doing routine jobs for example.   It was with great dismay that we learnt that spending on R. & D for ornamental horticulture has gone down from roughly £14 million in 1985 to something short of £3 million in 2015.  I want to say to the Government: ‘This is shameful and short-sighted!’

Now let me turn to the role of horticulture in improving the health and wellbeing of both individuals and communities.  There is increasing evidence that gardening as a hobby and as a therapy is extremely effective but Health Authorities with finances tight are unlikely to be persuaded to assist without hard evidence to make them sit and take notice so R. & D. could assist in that way too.

Green spaces in whatever form are invaluable in dealing with such major issues as flood prevention and the absorption of carbon dioxide and so lessening global warning.  Yet in developments the number of green spaces and trees are often the last in order of priority and the first to be axed when finances are tight.  Both the Government centrally and local authorities should be stricter in enforcing high standards.  Even householders can help by not concreting over entire front gardens and using materials which allow water to penetrate.

We also looked at the importance of horticulture training given the horrifying fact that many businesses are held back by a lack of skilled workers, to say nothing of the problems of recruitment for gardens of major national importance.  This is made worse by the fact that careers advisers are woefully ignorant of the diverse opportunities open to students and even suggest gardening is only for those not bright enough to do anything else.  My blood pressure rises alarmingly whenever this crass point of view comes my way.  I think of the infinite skills and patience needed to clip plants into topiary shapes as but one example of the innumerable skills needed.

The Government has been seeking to improve apprenticeships and they are an excellent way of developing skills but sadly these attempts in the field of horticulture seem to have serious flaws and this is an area where we are anxious to press the Government to be more effective.

I should like to make a final point about dealings with Government.  Though DEFRA is the lead department the importance of horticulture extends to other areas, notably the Departments of Health and Social Care, Education and Innovations and Skills.  There needs to be some mechanism to provide an overview so that Departments work together – to use that old phrase ‘Joined up Government!’

I want to shout out the vital importance of this from the treetops – or perhaps I should say from the top of some magnificent specimen of topiary!

Janet Fookes
Chairman of the APPGHG
and EBTS UK Member