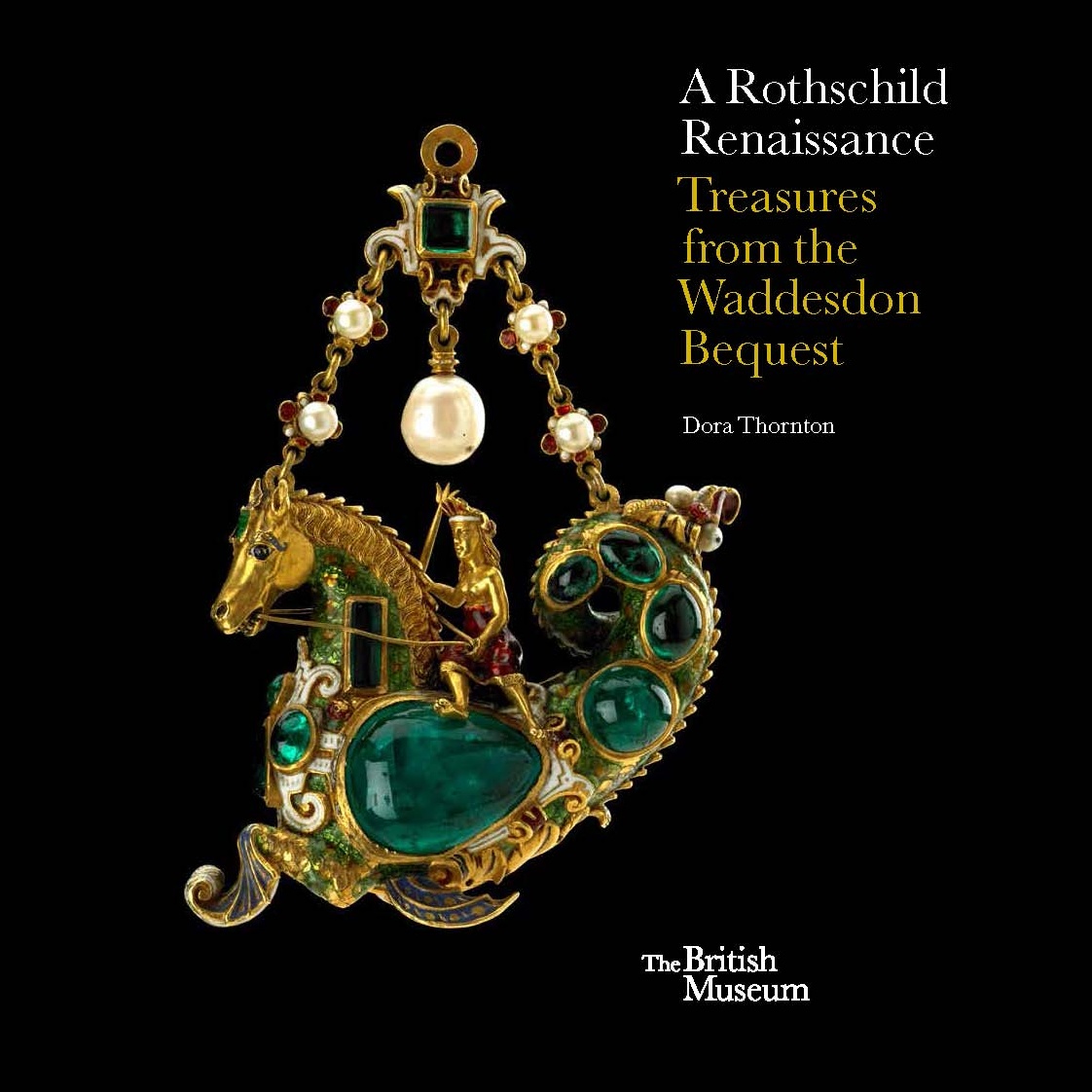 A ROTHSCHILD RENAISSANCE – Treasures from the Waddesdon Bequest

by Dora Thornton, published by The British Museum

This sumptuously illustrated book about the treasures of the Waddesdon Bequest is a breathtaking treasure in itself.  The bequest is housed in the British Museum and the book marks its move to a specially created new gallery.  As the book points out, the room fulfils the dream of its creator, Baron Ferdinand Rothschild, who harboured an ambition to house the finest items in a special room of concentrated excellence one day.

Baron Rothschild inherited some of his collection from his father Anselm. It is named after Waddesdon Manor, the French Renaissance-style château home that he built to house it in Buckinghamshire in the 1870s.  The bequest includes masterpieces in precious materials and some quite remarkable boxwood objects.  The brilliant text gives a gripping account of the competitive collecting compulsions of the Rothschild family.

After the pages of luxurious jewelled and exotic items, the images on the boxwood collection come as a jaw-dropping shock.  The golden tones of the natural wood explode from the page.  Even more amazing is the quality of the miniature wood carving, so movingly demonstrative of human effort and skill.  We benefit from close-ups of the breathtaking magnification that enables us to see far, better than the human eye could, the wonderfully detailed depiction of miniature worlds and meaning.  With this book one has the luxury of contemplating a favourite item at meditative leisure.

The chapter on a 16th century boxwood prayer nut from the Netherlands tells us that these beautiful devotional objects were a new art form that arose around 1500.  Made to hold neatly in the hand, prayer nuts unfolded to reveal secret inner surfaces densely covered by miniature relief carvings.  Beneath its swirling decorative exterior, this particularly complex prayer nut unfolds to reveal a series of crowded biblical scenes that tell the Christian story and culminate in a painfully graphic deep-relief Crucifixion.  The nut’s structure symbolises Christ’s outer human flesh and inner kernel of divinity – opening it was an act of prayer.  The extraordinary photographs of this nut make a Swiss watch look simple.

With this book as a wonderful complement to the new gallery, the British Museum carries forward the public-spirited vision of Baron Rothschild.   Don’t miss its rich introductory essays.  The author, curator Dora Thornton, is to be thanked and congratulated.