Thanks to the efforts of Council Member Bruce Ginsberg, we were treated to a wonderful day of gardens in the north of Hampshire.

‘The most authentic and complete Jekyll garden’ 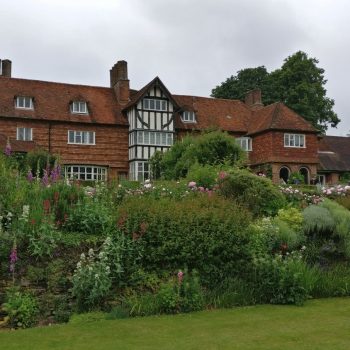 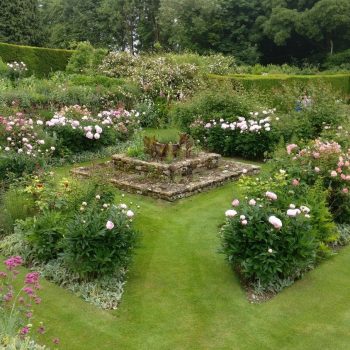 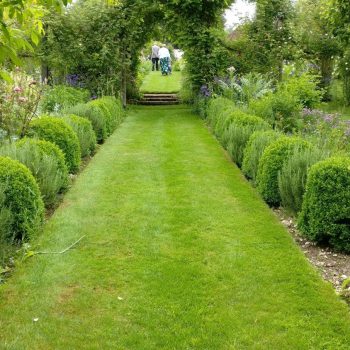 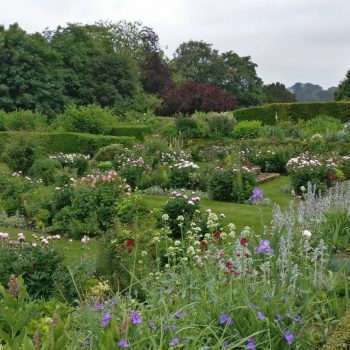 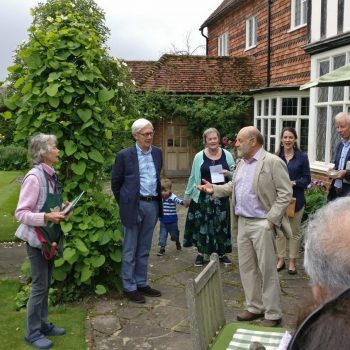 Just over 32 years ago, the garden at Upton Manor was nothing more than a jungle but amongst the undergrowth the new owners, John and Rosamund Wallinger, discovered the foundations of what was a very special garden, one that Gertrude Jekyll had designed in 1908 for Charles Holme, who was a leading figure in the Arts and Crafts movement and founder of its flagship magazine, The Studio.  Thereupon the Wallingers embarked on a voyage of discovery.

They found a full set of the garden plans in the Reef Point Collection at the University of California at Berkeley and recreated what they believe is the most complete and authentic of the four hundred gardens that Jekyll designed.

Ros Wallinger took us on a tour of the garden and explained the history of the restoration.  The tour included the many features for which Jekyll is famous; sumptuous herbaceous borders filled with colour and delineated with immaculate hedging, arbours and a wild garden all within the purview of the Elizabethan manor.

‘The neo-classical combined with the contemporary’ 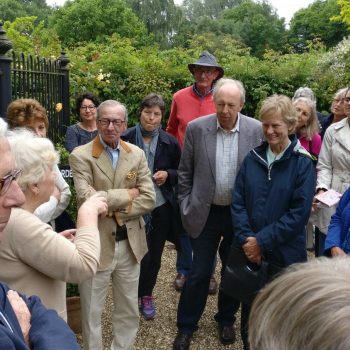 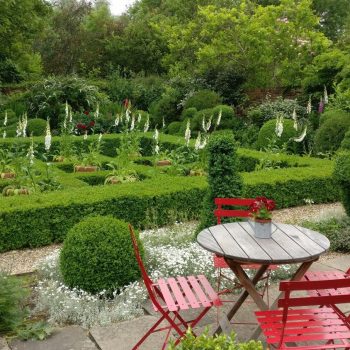 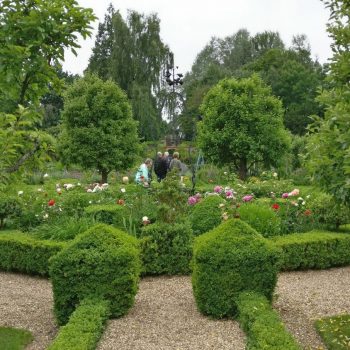 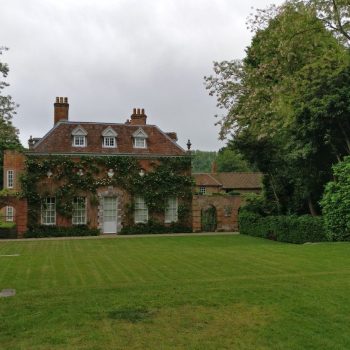 We started with a tour of garden, by the garden owner, celebrated Australian garden designer and author, Marylyn Abbott.  Marylyn had already established her reputation with her celebrated garden, Kinnerton Green, said to be Australia’s most visited garden and which was featured by Monty Don in his series, Extraordinary Gardens of the World.

The current gardens had been designed for the Playfair family in the early 20th century, with the Duchess of Wellington, living there, until her death in 1939.  The garden itself had a huge overhaul and redesign after 1976, when Allastair Macalpine, art collector, aesthete and garden lover, and later Chairman of the Conservative Party, took occupation.  Lord Macalpine, commissioned the classical architect Quinlan Terry, to help design many classical additions, follies and features in the garden in the 14 years he lived there.

The gardens combine neo-classical style with the contemporary.  The walled garden has been faithfully restored.  Fruit cages, flowers and vegetables are divided from an elaborate potager by an extensive alee of apple trees.

Beyond is the Lakefield, which contains one of England’s most eclectic collections of garden follies.  A path leads from the lake to the Paradise Water Garden, the contemporary garden, the Garden of the Five Bridges and thence the Theatre Lawn.  (There is an annual summer Opera season held here as well).

Throughout, the contribution of topiary is plainly evident, providing structure to the planting and other schemes.  An endorsement of Marylyn Abbott’s design skills with topiary   was the award of a silver-gilt medal for her Topiarist’s Garden at Chelsea in 2014.  She has since created a new garden at West Green, based on the Chelsea design.

A delightful lunch of soup and sandwiches was served surrounded by plants in the green houses.

Designed by the owner, John Coke in collaboration with Piet Oudolf, the renowned  Dutch garden designer, nurseryman and author.  Piet is a leading figure of the “New Perennial” movement, using bold drifts of herbaceous perennials and grasses which are chosen at least as much for their structure as for their flower colour.

EBTS visited Oudolf’s own gardens, Hummelo, in the Netherlands, with their wonderful use of topiarised hedges, tunnels and shapes as backdrops, to his use of perennial grasses.

At Bury Court, we saw how they have incorporated four large yew topiaries of organic abstract sculptural design, a massive perfectly clipped box half dome and a knot garden.  The lawn shapes were pleasingly organic and interwoven with bedding of Oudolf grasses of contrasting colours and textures.  There was also a circular  gazebo shape of clipped weeping pear, Pyrus Salicifolia.  Oudolf initially successfully experimented with  Pryrus Salifolia at Hummelo as a topiary plant, where he clipped and train specimens into tall  square columns as a  foil against a wavy hedge in the background.

It’s a simple geometric contemporary garden space, with squared off beds, with the design based on a grid pattern with rusted steel edging.  Each grid is filled with flowering perennials and at the centre there was a small modern wooden pavilion set by a tranquil pool.  The Front Garden is a contrast with the Courtyard garden, with its gentle organic simplicity.

Christopher Bradley Hole is author of ‘Making the Modern Garden’ and ‘The Minimalist Garden’, winner of several Chelsea  Gold medals, and many national and international commissions.  His 2004 Hortus Conclusus was best in Show in 2004 at Chelsea.

Colemore House garden is in unspoilt countryside and the owner, Simon de Zoete, led us around the four acres of many unusual plants, a spectacular arched rose walk, water rill, mirror pond, arboretum and borders of flowers of great diversity.  The main gardens comprised a series of rooms all surrounded by beautifully clipped and maintained yew or box hedges.

Simon emphasised that the garden is very much a personal and private garden and one that is in continual development.  EBTS was able to assist with identifying the name of one of the boxwood plants that had eluded both the owner and head gardener.

After a delightful tea and cake around the pool it was time to head home with some great ideas for our own gardens having seen such a wide range of styles and designs during the day.

EBTS UK would like to thanks to all the garden owners for allowing us to enjoy their wonderful gardens and for being such hospitable hosts.

A Day in Somerset & Dorset EBTS goes to Ireland