Get ready – the moth is coming soon!

The EBTS UK box moth and caterpillar tracker has had many reports of caterpillars being found around the county, including an increase in more northern parts of the UK than in previous years.  We’ve also had our first pupa reported in West London.

It is therefore very important to get set up your pheromone traps so that you know exactly when the moths start to fly.  After you catch the first one, wait about 10-14 days so that the eggs can hatch and the new caterpillars start nibbling at the box leaves.  Then spray the plants, ideally with an bacterial spray like XenTari (sadly not licenced for domestic use even though it is available online).  You will need to follow this up with a second application about 14 days later.  Make sure you cover as much of the plants leaves as you can so that there is a higher chance that the caterpillar eats one that has been treated.

As you will see from the report from France there is a new tool in the professionals arsenal to help reduce the number of caterpillars.  This should be available from Fargro in the UK very shortly, but it is only available to professionals with the right licence.  It works by disrupting mating and you can find out more in the video below when EBTS trialed the product at the National Trust’s Ham House near Richmond. 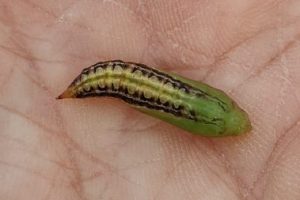 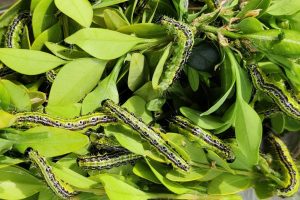 While the weather promises to be very sunny for the next few days in France, the box tree moth is seeing a very strong comeback everywhere in France; particularly in the south and west. Experts there are advising people to setup their traps  as the moths will appear shortly.

The first larvae emerged at the beginning of spring, 3 weeks in advance of last year. It is essential to monitor these box trees and to act as soon as the first larvae appear with a biological or synthetic insecticide, then by laying the SMART TRAP trap in combination with the Box T Pro Caps pheromone from M2i Group and distributed by Syngenta France (Note: other pheromone lures and traps are available from other manufacturers).

BACTURA DF is sprayed on young larvae. The Bacillus thuringiensis bacteria contained in the product kills caterpillars after ingestion. This product is approved as a biocontrol insecticide.

Box T Pro Caps sex pheromone is specific to the box tree moth (Cydalima perspectalis) and when placed in the SMART TRAP it attracts male moths which then become trapped and die of exhaustion. This trap is discreet and easy to maintain.

Finally, an option for professional users who hold the correct certification is the only approved sexual confusion tool, Box T Pro Press.

With all of these tools, the box tree moth had better watch out!

Thanks to Thibault Crance of M2i for this report and the pictures. 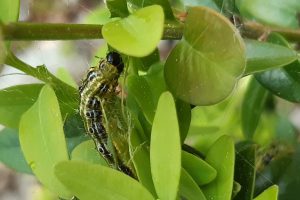 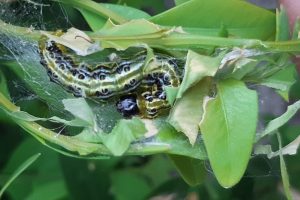 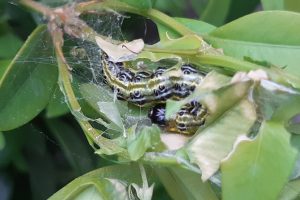 Darren’s World Topiary Day suggestions When is ‘food’ not a food?