How does hot weather affect Boxwood? 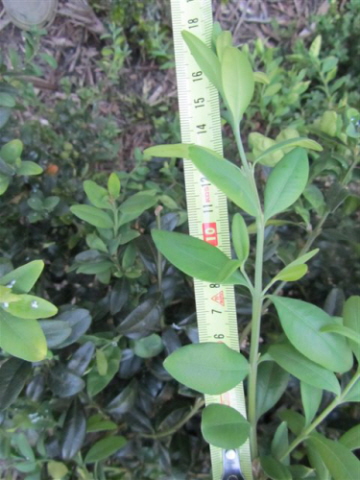 April 2011 was exceptionally warm with temperatures between 20° and 28°C for at least three weeks. This  had a great effect, not only on ourselves, but also on the boxwood plants. In my boxwood collection, which consists of more then 200 varieties, the effects of the hot weather were highly noticeable. In less than four weeks the plants developed new shoots between 5 – 20 cm in length.

Very soon these soft shoots became a prey for the boxwood- psyllid and probably didn’t have much resistance against fungus attacks. Also parts of the plants displayed the ‘King Midas’ syndrome. Let me explain: in the sun, the shoots of Buxus sempervirens ‘King Midas’ always turn yellow.

But now this syndrome became apparent on shoots of different species, such as Buxus sempervirens ‘Northern Find’,‘Welleri’ and ‘Waterfall’ (below) 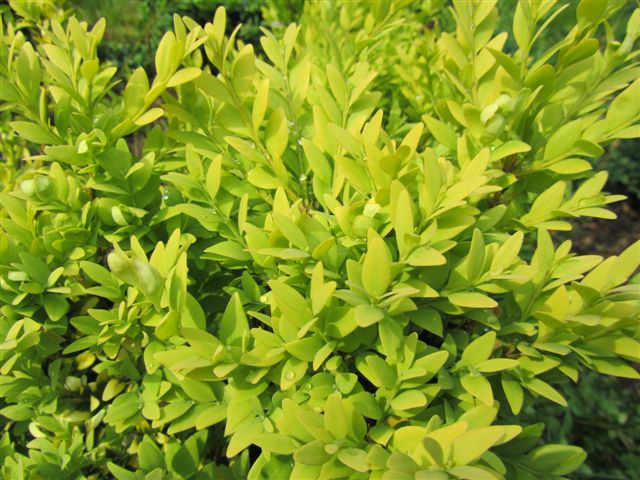 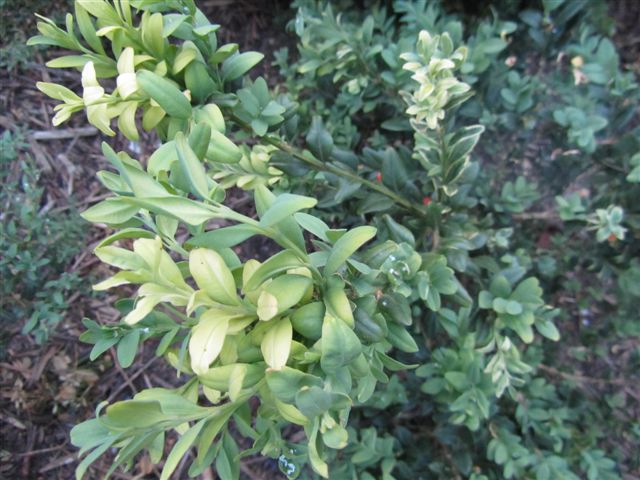 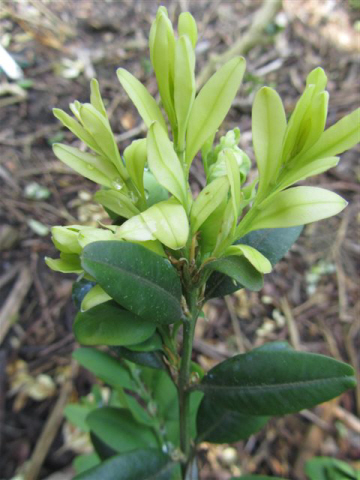 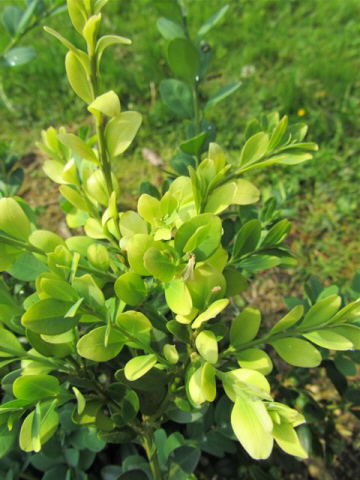 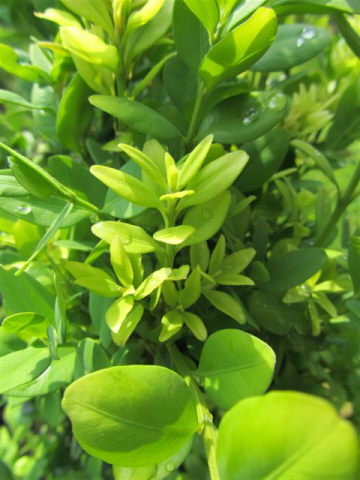 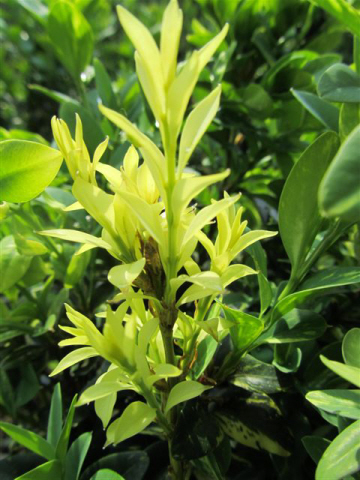 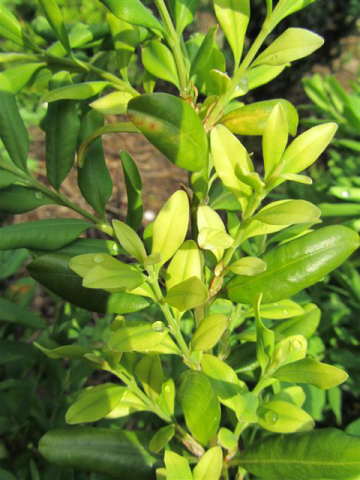 This temporary discolouration is probably caused by strong sunlight and too fast growth. In the past I have noticed that in very warm weather, many varieties develop two different leaf colours on the same plant.

In the hot summer of 2009 and the warm spring of 2010, there were two sports which developed this dual colouring. Buxus ‘Henryi’ in my own collection and several wild boxwood plants at Dourbes in Belgium.

This phenomenon is not to be confused with the temporary discolouration caused by drought. Dryness makes wild boxwood look more like Calluna vulgaris or heather (below). 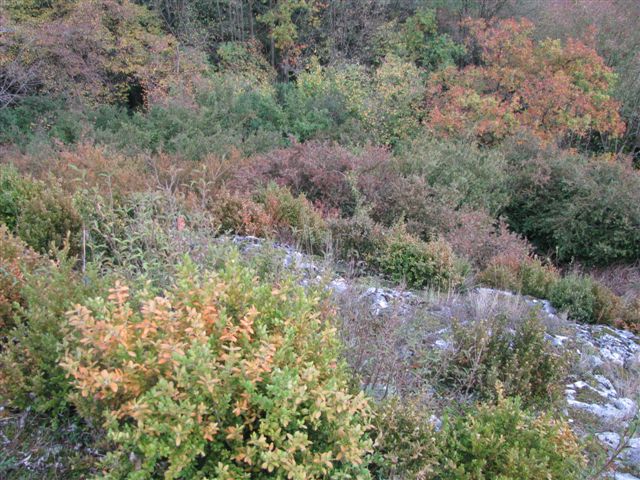 More examples of discolouration caused by drought (below) 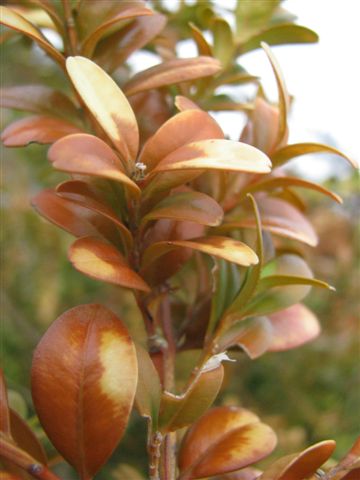 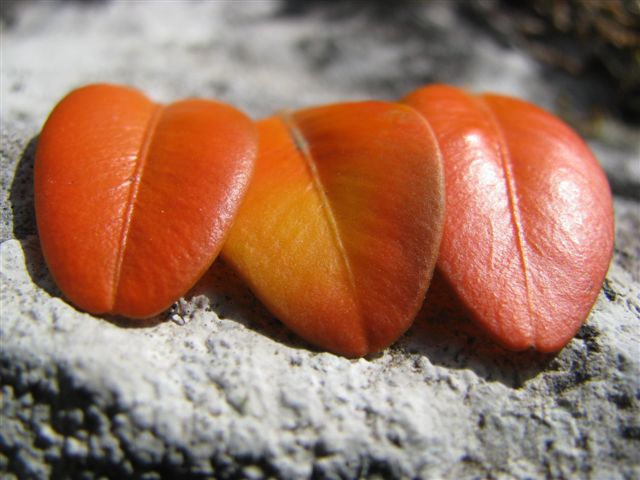 In 2009, spring was normal so the plants developed their new leaves before the drought. The entire plants were uniform in colour.

On the other hand, the young leaves of wild boxwood developed in an initial dry period. This early dehydration had a different effect. The plants remained mainly green, but the shoots dried out completely. 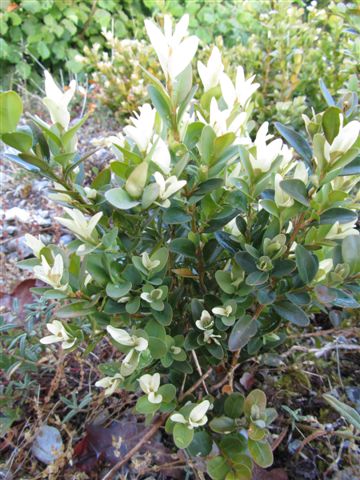 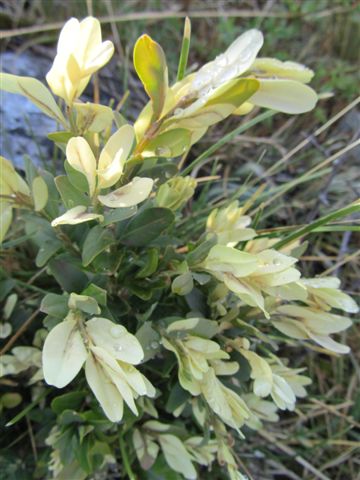 I recorded another phenomon in the wet autumn 2010 there were double leaves on several plants on different places.

In my collection it occurs on Buxus microphylla ‘Schopes’. The same oddity I found on wild boxwood in Leffe (Belgium) and recently at the River ‘Moesel’ (Germany). 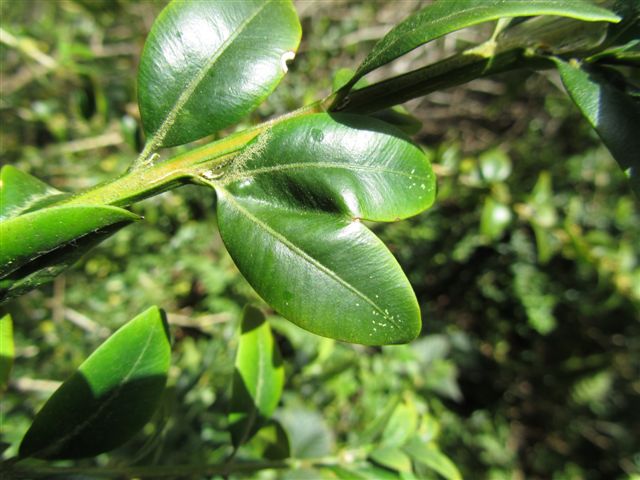 It’s clear that the appearance and colour of boxwood is not only influenced by the situation (damp or dry, rocky or otherwise) and the available nutrition, but also by the intensity of light. The brighter the sun, the more unpredictable the colour. The oddity in growth is possibly caused by a freak of nature.

Up close and detailed