In the news this week has been the appearance of 17th century layout of the Great Parterre of Chatsworth House, Devonshire, as photographed by a passing drone. This mirage, which shows the intricate design of the 300-year-old embroidery parterre à la francaise, is the result of the recent heatwave scorching the lawn that replaced it.

The original parterre was installed in the south front of Chatsworth House by the first Duke of Devonshire in 1699. Shortly after, in 1730, Lancelot ‘Capability’ Brown celebrated pioneer of the English Landscape School, erased the parterre and replaced it with labour-saving lawn.

It would seem that there is no intention at Chatsworth to restore the original parterre. Head gardener, Steve Porter, says that it was wonderful to ‘get a glimpse of the past ‘but that the tracery of the parterre will vanish when the rains come. Presumably, it will simply fade away in the same ghostly manner in which it came – at least, that is, until the next heatwave. 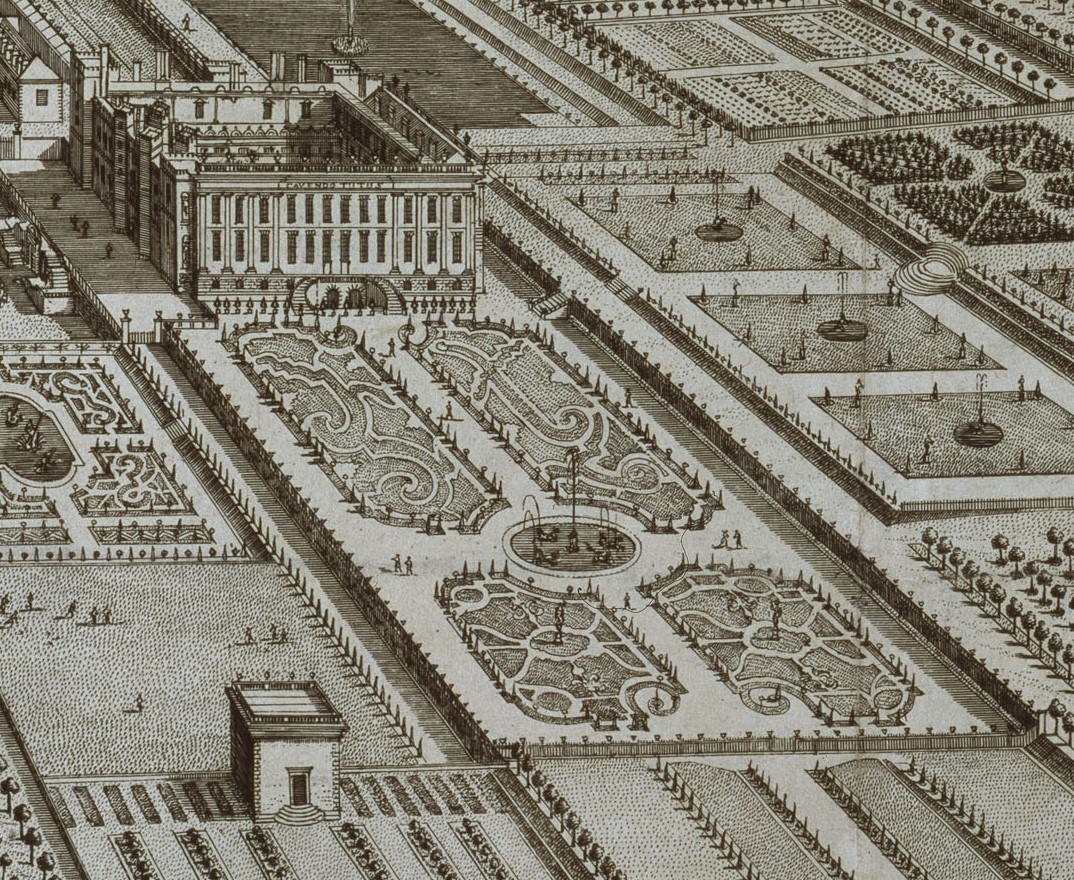