The Drama of Vaux-le-Vicomte by Andrew Lyndon-Skeggs

Vaux-le-Vicomte, the scene and the cause of the downfall of Nicolas Fouquet, the colourful and immeasurably rich finance minister to Louis XIV. “At six in the evening, Fouquet was the king of France; at two in the morning he was nobody.” Well, not quite, let’s explore further …

Nicolas Fouquet was born on 27th January 1615, a typical Aquarian; intellectual, innovative, non-conformist and quick witted. The third of twelve children born to François Fouquet, Conseiller d’Etat, and Marie Maupéou, a religious fanatic who, on hearing of her son’s imprisonment, cried “Thank God! I have always sought his salvation, and this is the means.”

In keeping with the climbing squirrel on his coat of arms, Nicolas Fouquet commenced his career in his teens and advanced rapidly. In 1636, aged just twenty, he was able to buy the post of Maître des Requêtes and in 1640 married the very rich Louise Fourché who died a year later.

Through his own ability and the money left by his late wife and, subsequently, his second wife Marie Madeleine de Castille, Fouquet climbed to the pinnacle of political power, initially under the aegis of Cardinal Mazarin. In 1650 Fouquet managed to purchase the important post of Procureur Général, assisted by a certain Commissioner of War, Jean-Baptiste Colbert and, having remained loyal to Mazarin during Mazarin’s exile, was rewarded in 1653 with the office of Surintendant de Finances. He had arrived!

However, like Icarus who flew too close to the sun, Fouquet had become too close to Mazarin. This was dangerous. Like Mazarin, indeed encouraged by him, he started to appropriate public money and, knowing so much about Mazarin’s own dubious financial dealings, he had become a threat.

To protect himself, Fouquet acquired the island of Belle-Ile in the Gulf of Morbihan, off Concarneau, including the fortress of Ham, reinforcing this further as a place of refuge for himself and his supporters in case Mazarin should ever seek to lay hands on him.

It was also about this time, that Fouquet began the re-construction of Vaux-le-Vicomte. In fact he had bought the original property well beforehand, at the age of 26, shortly following his first marriage. Though still young at the time, he was already highly ambitious and wished to acquire property in order to enter the nobility.

The purchase of Vaux took place on 1st February 1641. Three months later, he purchased half of the Vicomté of Melun and, from 1654, acquired further land in Paris and Saint-Mandé. Though very wealthy, these purchases were financed by means of heavy loans, many of which had not been re-paid at the time of his arrest.

Of his several properties, his favourite was Vaux and, consequently, as his status rose, he decided to replace the original manor house with a magnificent château befitting his position. And why not? He was rich, successful, popular at Court, and a generous patron of the arts. The trouble was, as was so often the case with Fouquet, he went too far.

The decision to build a new château was taken at the start of 1656 and from there he moved with whirlwind rapidity. The old manor house and the entire village of Vaux were demolished, and the new château was started in mid-August. 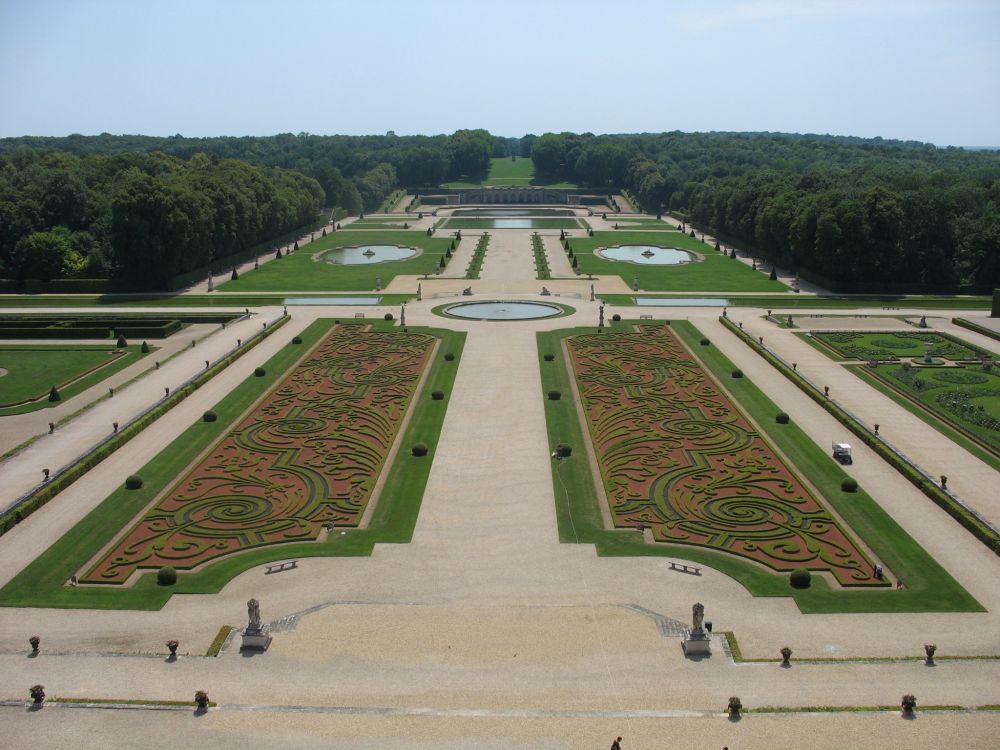 Fouquet was like a driven man. An army of 8,000 workmen was recruited, lodged and fed, and no cost was spared to speed and enhance the works. Constantly striving for perfection, changes were made as the works progressed, the most significant being the substitution of stone for the facades, in place of brick.

Within one year, the masonry was complete and the roof was underway. In just three years, the château was habitable and work had started on the outbuildings and grounds. Fouquet, a genuine connoisseur and lover of the arts had assembled an outstanding design team, evident from the fact that this team (as well as many of the works of art from Vaux-le-Vicomte) was later taken by Louis XIV for his new palace at Versailles.

From the several great mid-17th century architects, including François Mansart and Antoine Lepautre, Fouquet chose Louis Le Vau, who had worked for the king at Vincennes and the Louvre. 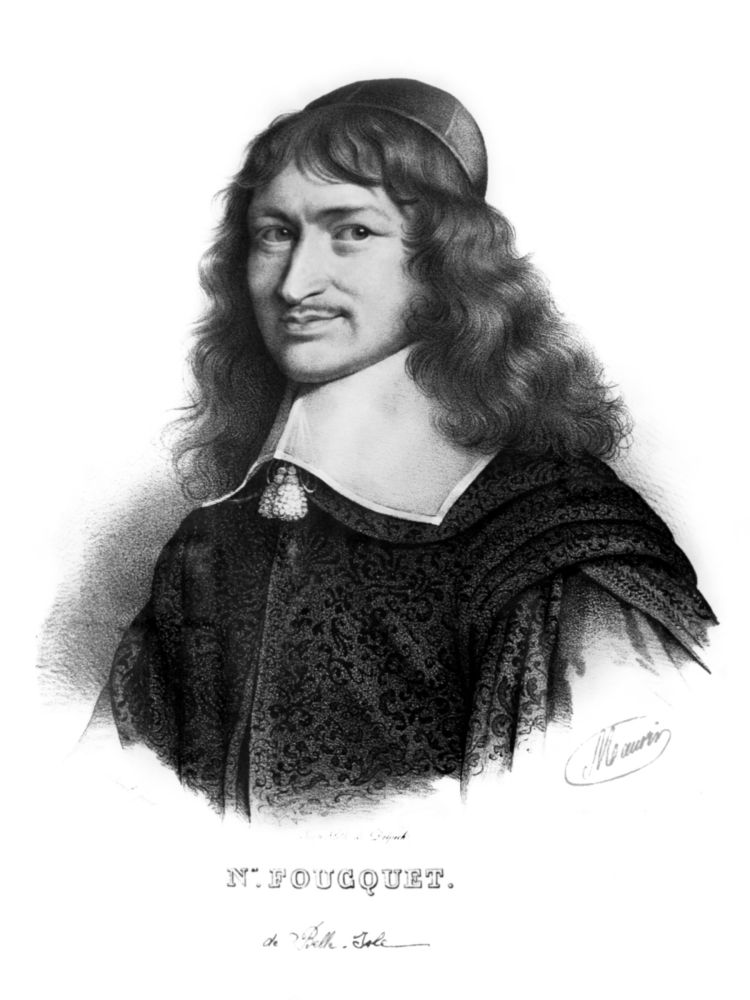 Charles Le Brun, Fouquet’s chosen interior designer-artist had already worked for him at Saint Mandé, where Fouquet was living during the construction of Vaux. However, Le Brun was not easy to secure since, at that time, he was working for Lambert de Thorigny, and a banker had made a lavish offer to employ him thereafter. Nevertheless, Le Brun respected Fouquet and his knowledge of the arts, and agreed to undertake Vaux, leaving the work at Hotel Lambert, on the Ile St Louis, unfinished.

It was essential that the garden at Vauxle-Vicomte should be as magnificent as the château and Fouquet believed that there was only one person who could achieve this – André le Notre, gardener to the king.

Le Nôtre had already been instrumental in creating the Jardin des Tuileries but, prior to Vaux, had never undertaken any personal work. Fouquet’s faith in Le Nôtre was however well founded and the park created by Le Notre at Vaux-le-Vicomte is second to none.

One of the most brilliant aspects of Le Nôtre’s concept was the use of an optical illusion known as ‘anamorphosis abscondita’, resulting in decelerated or accelerated perspective according to whether the gardens were viewed away from, or towards the château. This was achieved by means of visual devices that rendered ovular pools as circular, and changed the apparent level of the grottoes at the far end of the park, by means of an optical effect based on the tenth theorem of Euclid’s optics.

The massive wealth required for this great project derived partly from Fouquet’s own resources, but also in part, anyway according to Colbert, from Fouquet’s use of his position, to steer public funds into his own purse.

The king was aware of this, but was conscious also of Fouquet’s undoubted ability. The day after the death of Mazarin on March 9th 1661, Louis XIV advised Fouquet that, henceforth, he would be governing the country himself but that, though aware of Fouquet’s financial inconsistences, he was prepared to forgive, and retain Fouquet as Surintendant de Finances, provided he was supplied regularly with detailed accounts.

Unfortunately, Fouquet made a grave error of judgement in believing that he would have no difficulty in charming the young king and therefore continued as before, so walking blindly towards his fall. He had misjudged Louis XIV who, under a mask of benevolence, passed each of his accounts to Colbert, charged with the special mission of unmasking Fouquet.

We imagine now that, had the all-powerful Sun King wished to rid himself of Fouquet, he could have done so perfectly easily. But evidently this was not the case. Fouquet too was powerful and was protected by his position as Procureur Général. Consequently, the king, in spite of his youth, worked skilfully and patiently, with Colbert, first to trap Fouquet and then to condemn him.

The initial step was to persuade Fouquet to relinquish his position as Procureur Général. This the king did by suggesting to Fouquet that if he were to sell his appointment, and donate the proceeds to the State, he would be appointed Prime Minister. Accordingly, Fouquet sold his post, for 1,400,000 livres, one million of which he gave to the king. Louis was moved not one jot. 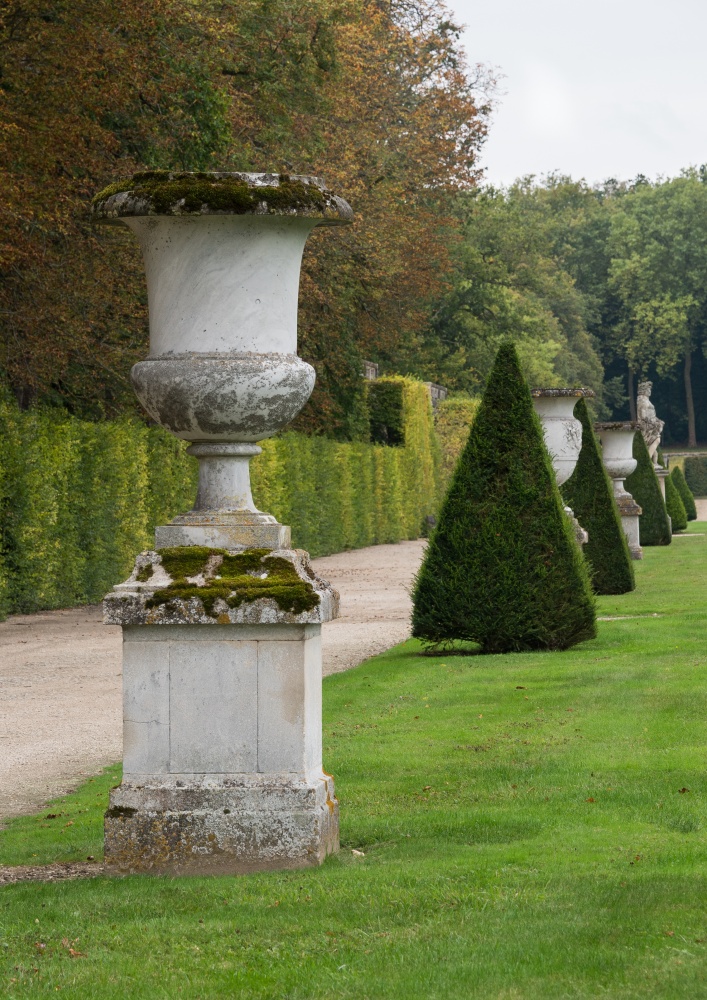 It was then that Fouquet threw his great fête at Vaux-le-Vicomte, with a new production by Molière and several thousand guests including the whole of the Court. By this time, the king had already determined to destroy Fouquet, but this fête was the final straw. The château that Fouquet had created to flatter the king had the reverse effect.

But again, contrary to popular belief (and Voltaire’s words) the king did not have Fouquet thrown straight into prison, but planned this very carefully to take place a month later, away from Paris, and in such a way that Fouquet could not flee to his refuge in Belle-Ile. 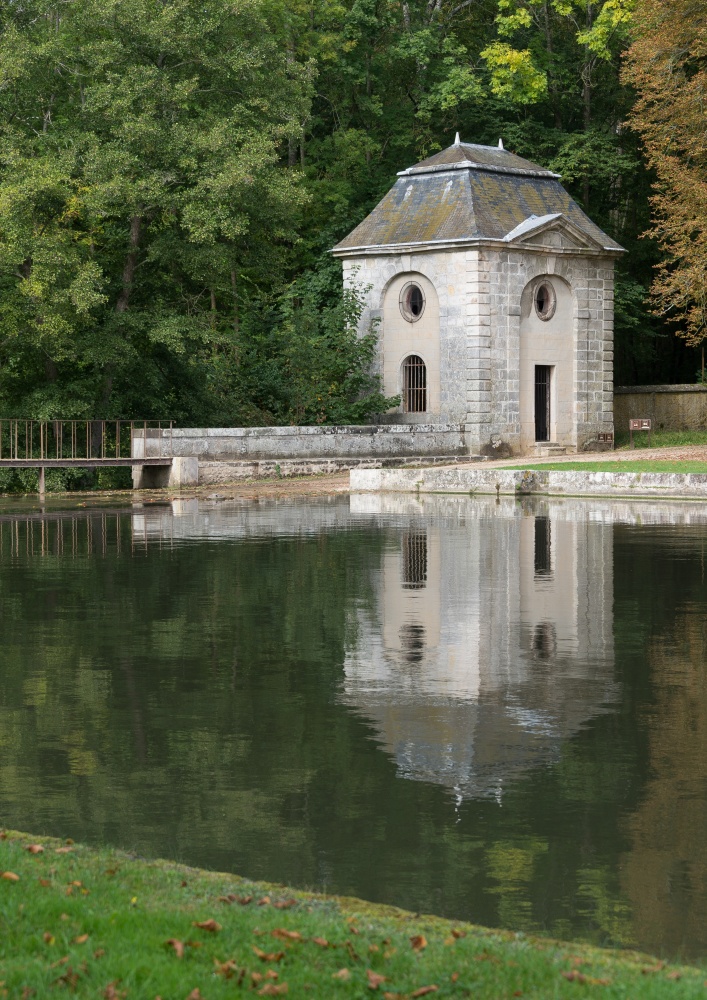 The arrest, when it did occur, took place in Nantes, at the hands of Musketeer D’Artagnan. From there Fouquet was transferred to the castle at Angers, and thence the château of Amboise.

Once again it becomes evident that the Sun King’s prerogative was not without constraints since the subsequent trial lasted three years, in spite of the king doing everything he could to achieve his desired result. At the outset, it was almost certain that Fouquet would be condemned to death. However, Fouquet conducted his defence with great skill and, as time elapsed, public opinion turned in his favour. When the judges’ decision was finally announced, on 21st December 1664, they opted for confiscation of all property, and banishment abroad. A good result in the circumstances for Fouquet. 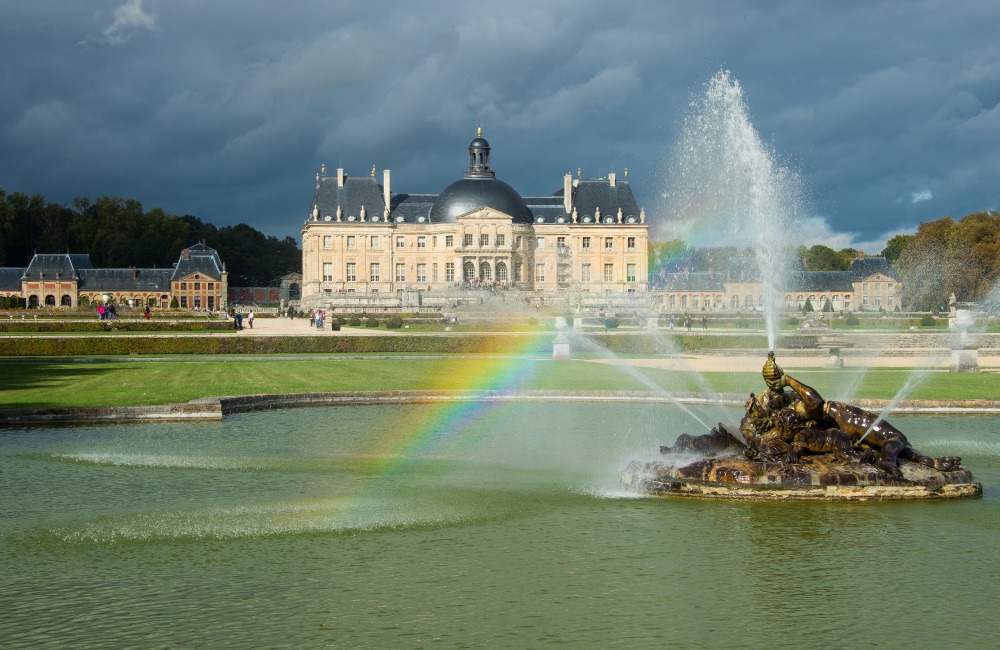 Picture by Andrew Lyndon-Skeggs from a visit to Château de Vaux le Vicomte on Friday 5th October 2012 arranged by EBTS France, including a conducted tour with the head gardener, Patrick Borgeot.

The king, fearing that Fouquet would be dangerous alive and abroad, had the penalty commuted to life imprisonment. In this his instinct was right because Fouquet, determined to the last, managed in gaol to fabricate ink from soot and vinegar, to write letters abroad, denouncing the king.

Fouquet spent the last fifteen years of his life imprisoned in the fortress of Pignerol, waited on only by Eustache Dauger who, according to Dumas, was the Man in the Iron Mask. His wife was not allowed to write to him for the first seven years and was permitted to visit him only once, in 1679, a year before his death. He died in Pignerol on 3rd April 1680. Vaux-le- Vicomte lives on.